The French designer Charlotte Perriand (1903 -1999) was a force to be reckoned with. She was a pioneer and a radical when a woman’s contribution to design was considered little more than needlepoint. Indeed, she was famously turned away from the studio of one of the leading architects of the day, Le Corbusier, when he dismissed her request for a job with a curt, ‘we don’t embroider cushions here!’ But Charlotte knew that her vision for design was different to anything the men were doing, and she was fiercely determined to have it seen. 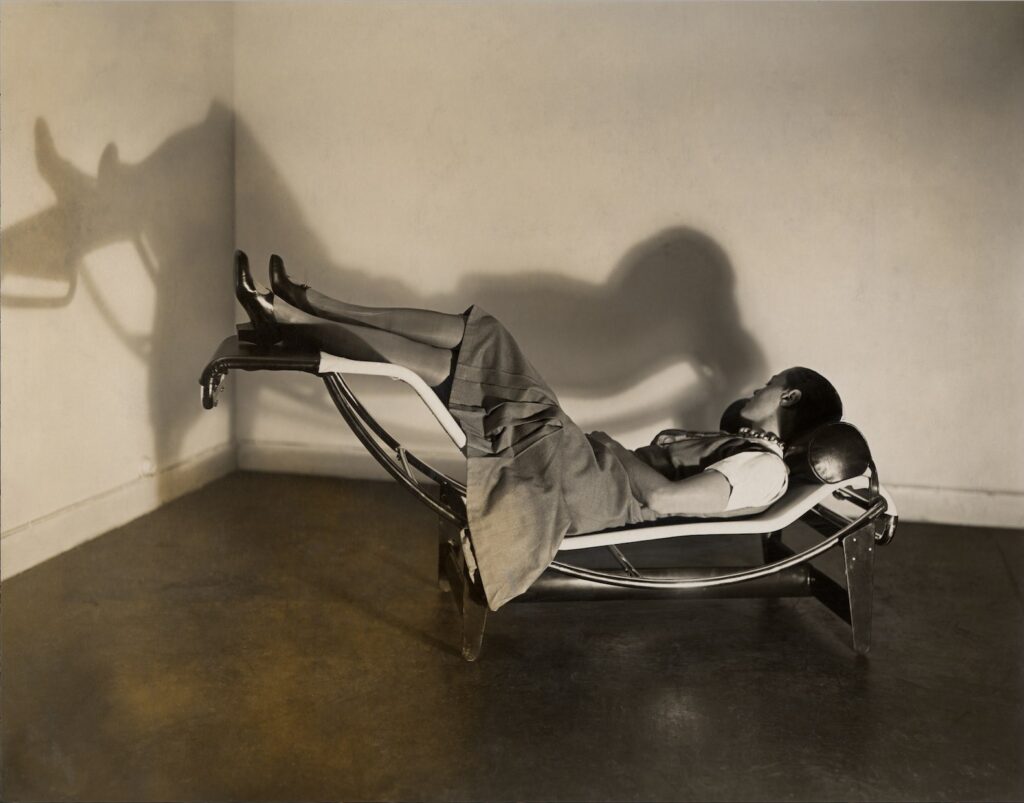 Born in Paris, to a tailor father and a seamstress mother, her early years saw her immersed in the Belle Epoque (the “beautiful era”). This was a period of Parisian history marked by the building of the Eiffel tower, the opening of Coco Chanel’s first shop and the completion of iconic buildings like the Paris Opera. It was a movement that celebrated beauty and nostalgia to the max. Regrettably, the First World War brought the joy screeching to a premature halt.

Nonetheless, even at school Charlotte was marked out as a talented artist, and she later enrolled at the prestigious Ecole de L’Union des Arts Decoratifs to study furniture design. By the age of 22 her work had been included in all the famous Expositions of the day, and her wall hangings were on show in the fanciest stores.

But post War Paris heralded a new world order. This was the Roaring Twenties, when Josephine Baker and Maurice Chevalier lit up the night. And by day, American literati, like Hemingway and Fitzgerald, flocked to salons held by Gertrude Stein, sitting alongside Picasso and Matisse. The air was thick with excitable creativity and Charlotte looked around her at the traditional decorative arts in which she had been trained and declared them fussy and overly ornamental. She wanted to see something sleek and streamlined, modern and machine-like. She wanted something fresh to epitomise the new sophistication exploding all around her, not the curlicues and roundels of the past.

She got her chance at the Salon d’Automne of 1927, an international art fair held annually in Paris. Invited to design a tiny rooftop bar, she mixed shiny aluminium, chrome and glass with leather cushions and curved forms. It was a provocative departure from the accepted norm. It was also enough to ensure that the previously misanthropic Le Corbusier hired her on the spot. 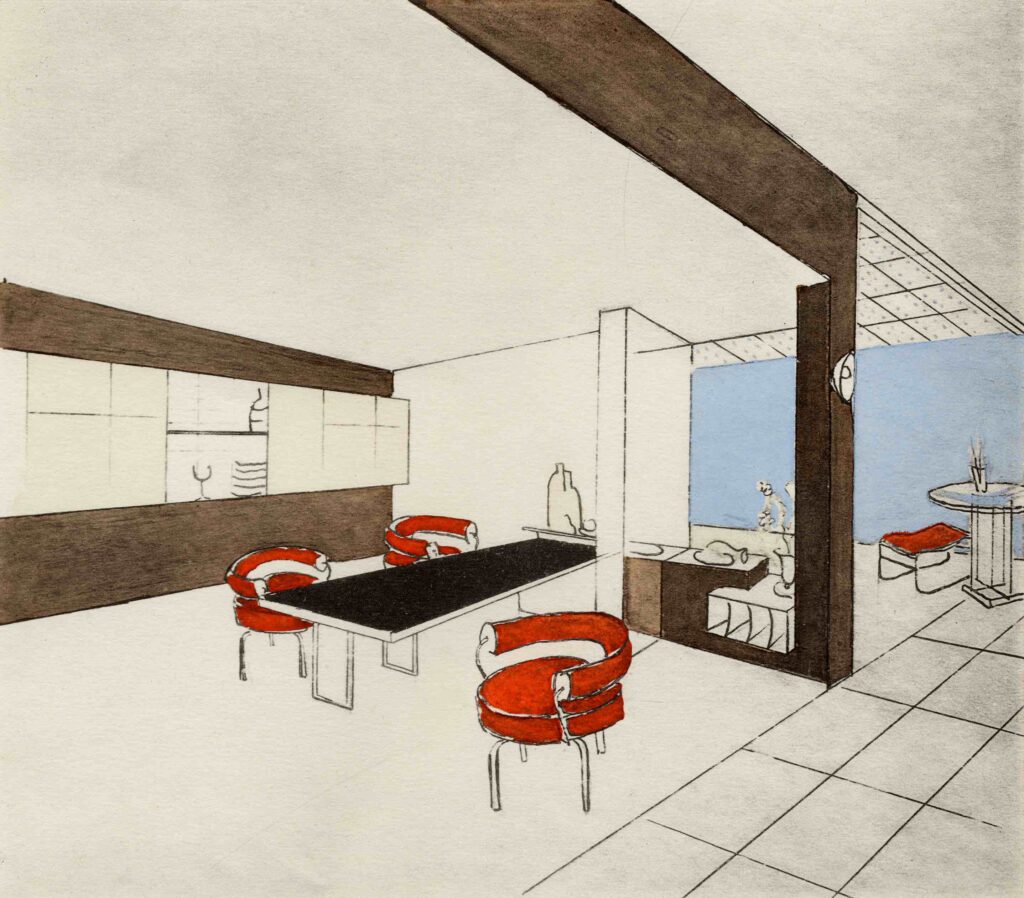 And so began one of the 20th Century’s most famous creative collaborations. Working alongside Le Corbusier’s cousin, Pierre Jeanneret, Charlotte created many of the elegant minimalist masterpieces for which she is rightly renown today. And yet these pieces are collector’s items not just because they embody a sense of exquisite timelessness, but also because she was interested in furniture as ‘equipment’ not decoration. In her eyes, the home was about creating space for living well, not display. And she was as much influenced by the body’s need for sunlight, fresh air, exercise and nature, as she was by the way something looked. As she put it, “Better to spend a day in the sun than to spend it dusting our useless objects.”

It was an approach that carried her through the turbulence of another world war, including four years of unplanned exile in Vietnam. Having accepted an invitation from the Japanese government to advise it on furniture production, she found herself abruptly cast adrift as an unwanted alien after the bombing of Pearl Harbour. Unable to return to Europe and denied permission to flee to America, she was stuck. Regardless she channelled a remarkable adaptability and her work simply became more experimental, incorporating new materials and Eastern concepts of space. She also got married and had her only child, Pernette.

On her eventual return to Paris, these varied influences coalesced into an even more refined and naturalistic signature. She duly worked solidly, partnering with many other maestros of the era, from the architect Jean Prouvé to the artist Fernand Léger, until her death at the age of 96.

Ultimately, Charlotte Perriand made her mark and ran with it when it was very much a man’s world. In so doing, she blazed a trail for all female designers after her. It is therefore perhaps for this seductive combination of courage and curiosity that we owe her the greatest admiration. As her daughter once told me, “She taught me to really look at things: mountains, stones, bones, things you wouldn’t normally look at. C’était formidable.” 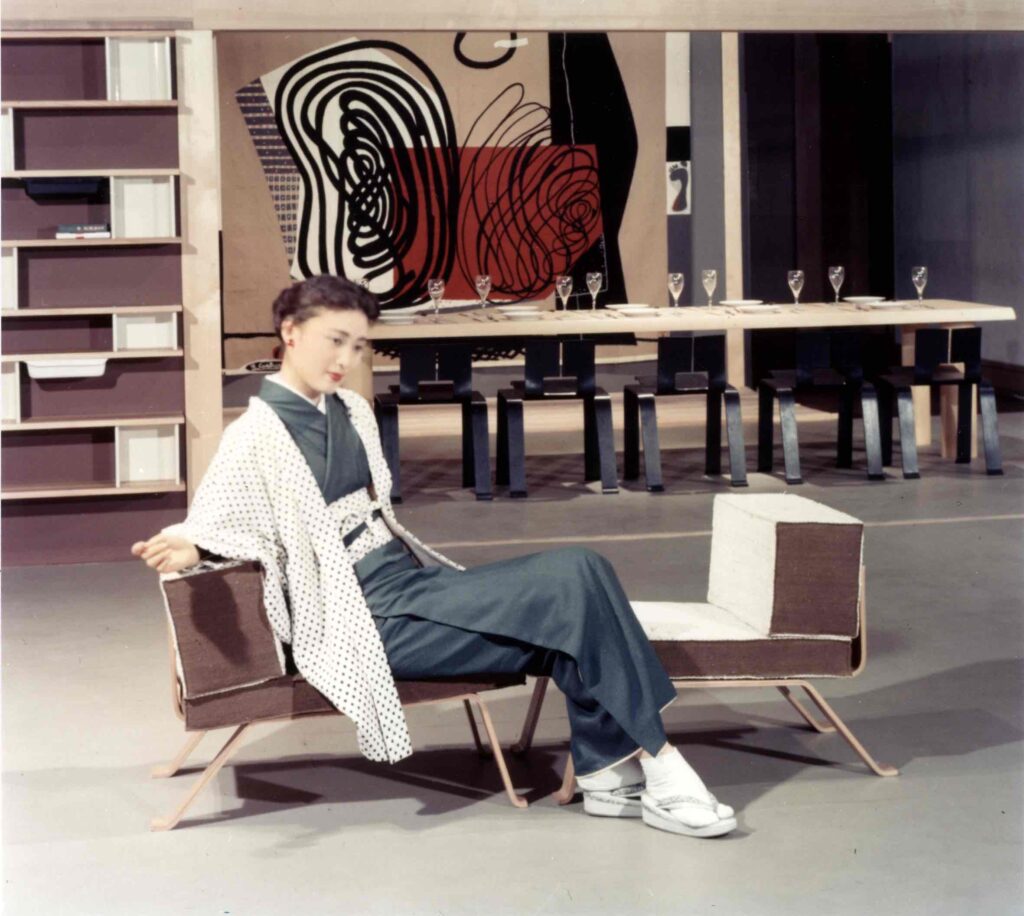 This feature was originally published in Waitrose Weekend, 17 June 2021.

Charlotte Perriand: The Modern Life, is on at The Design Museum in London from 19 June – 5 September 2021.

Choosing to be happy