So Pantone have determined that Living Coral is its 2019 Colour of the Year. It’s a sort of pinky peachy Instagram sunset sort of colour. One apparently based on the natural pigmentation of healthy ocean coral. Which immediately seems an unfortunate symbolism as headlines rage about climate change and the associated destruction of reefs worldwide. Especially given the lovely little video that accompanies the Pantone announcement. It features a goldfish swimming past an (un)naturally bright piece of coral. But more on this later.

For starters, I’m always amused to read the inevitable crop of articles that immediately appear after such a pronouncement. Features championing it with an array of random product plucked from assorted image banks and quoting breathlessly from the official press release. Example: “sociable and spirited, the engaging nature of Living Coral welcomes and encourages lighthearted activity”. To say I’m dubious that this is little more than a marketing ploy by one of the world’s biggest colour companies would be something of an understatement. And here’s why. 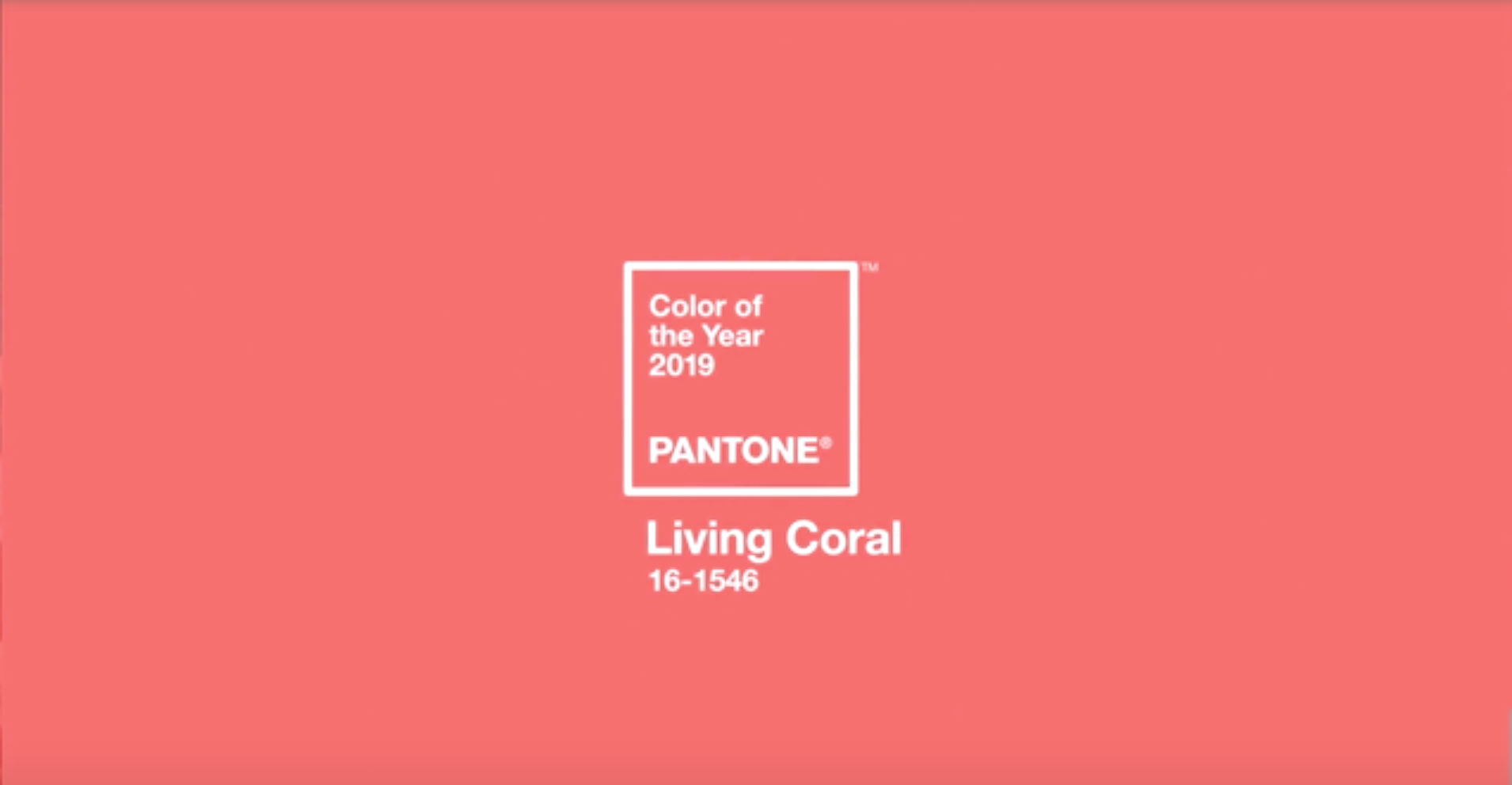 it’s all about context

Any serious trend prediction has to be rooted in the cultural context. In other words, it must be a rigorous examination of where we’ve collectively come from and an assessment of where we might be headed. True, Pantone acknowledges that these are turbulent times. It says “we are seeking authentic and immersive experiences that enable connection and intimacy”. All of which is a reaction to “the onslaught of digital technology and social media increasingly embedding into daily life.” And uncertainty and change is nothing if not a provocative catalyst, especially in the creative sector.

Except, we know two things from history. In times of strife, on the one hand, consumers retreat to the familiar, think comfort food and big knits. And on the other, they seek out affordable treats, sales of lipsticks and magazines tend to rise during a recession. It’s the escapism factor.

Thus, as Trump was inaugurated and Brexit hovered on the UK horizon, the dominant trend in colour terms has been a set of what I’d called The New Neutrals. These were a world away from default magnolia or overly trendy taupe. One step up from the mid 90s white-with-a-hint-of-hues. But not as scary as full-on saturated colour. Imagine shades with a resolutely retro flavour — the familiar. Plus a tentative step towards colour — the treat.

Picture dusty pinks, lavender, pistachio green and indeed a peach. But this peach was muted, subdued, and muddied with grey. A faintly old fashioned yet beautiful hue that recalled 1950s Miami and probably the easy comfort of your grandmother’s sitting room.

In contrast, Living Coral is officially described as “an animating and life-affirming coral hue with a golden undertone that energizes and enlivens with a softer edge.” Except to my eye it is loud and strident. It recalls municipal tiled bathrooms, cheap toilet roll colours and the sort of bridesmaids dresses that people usually refer to as meringues. It is simply too saccharine, bright and ripe to be remotely relaxing. Let alone being a harbinger of the “playful” positivity we supposedly need right now. It’s basically just trying too hard to be upbeat.

If I were to get technical about it, I’d say it has too much yellow in it. This makes it overtly warm but also lends an underbelly of malice. Think the diseased connotations of the skin-staining jaundice and malaria. Neither does it have enough blue, universally associated with calm and clarity, to cool it down.

Nevertheless, Leatrice Eiseman, Executive Director of the Pantone Colour Institute is quoted as follows. “With consumers craving human interaction and social connection, the humanizing and heartening qualities displayed by the convivial PANTONE Living Coral hit a responsive chord.” She’s absolutely right in her observation of an increasing need for IRL human connection, nevertheless I heartily disagree with the latter sentiment.

There is nothing remotely “convivial” about this tone to me. I think it’s quite hideous in the way that Pantone’s 2018 Colour of the Year was too. After all, who can forget the supposedly “complex and contemplative” Ultra Violet, rapidly dubbed Ultra Violent Violet for its overwhelming vivacity. And the year before that, Greenery aka Kermit Green. To note, neither hinted at what was to come with anything approaching accuracy.

Pantone’s Colours of the Year for the last nine years

And yet, on trills the press release. “Representing the fusion of modern life, PANTONE Living Coral is a nurturing colour that appears in our natural surroundings and at the same time, displays a lively presence within social media.” What does this even mean? Until the release of this press release I’d not seen it cropping up in any online trend reports. And we definitely do not often see this distinctly unmellow shade in the natural world either. Sadly, we’ll certainly not see much more of it in the coral reefs that Pantone alludes to due to the devastating effects of global warming and pollution.

As a result of these utterly man-made disasters, much of the world’s coral, a living breathing organism, is being reduced to bone white skeletons. Why? Because increasing water temperatures cause the expulsion of the pigment and life-giving algae, zooxanthellae, that live within the reefs. A phenomenon known as bleaching. According to the Intergovernmental Panel on Climate Change (IPCC), upto 60% of our remaining reefs are now at risk of being lost. So while Pantone claim its choice of colour harks of optimism, naiivety might seem more appropriate. 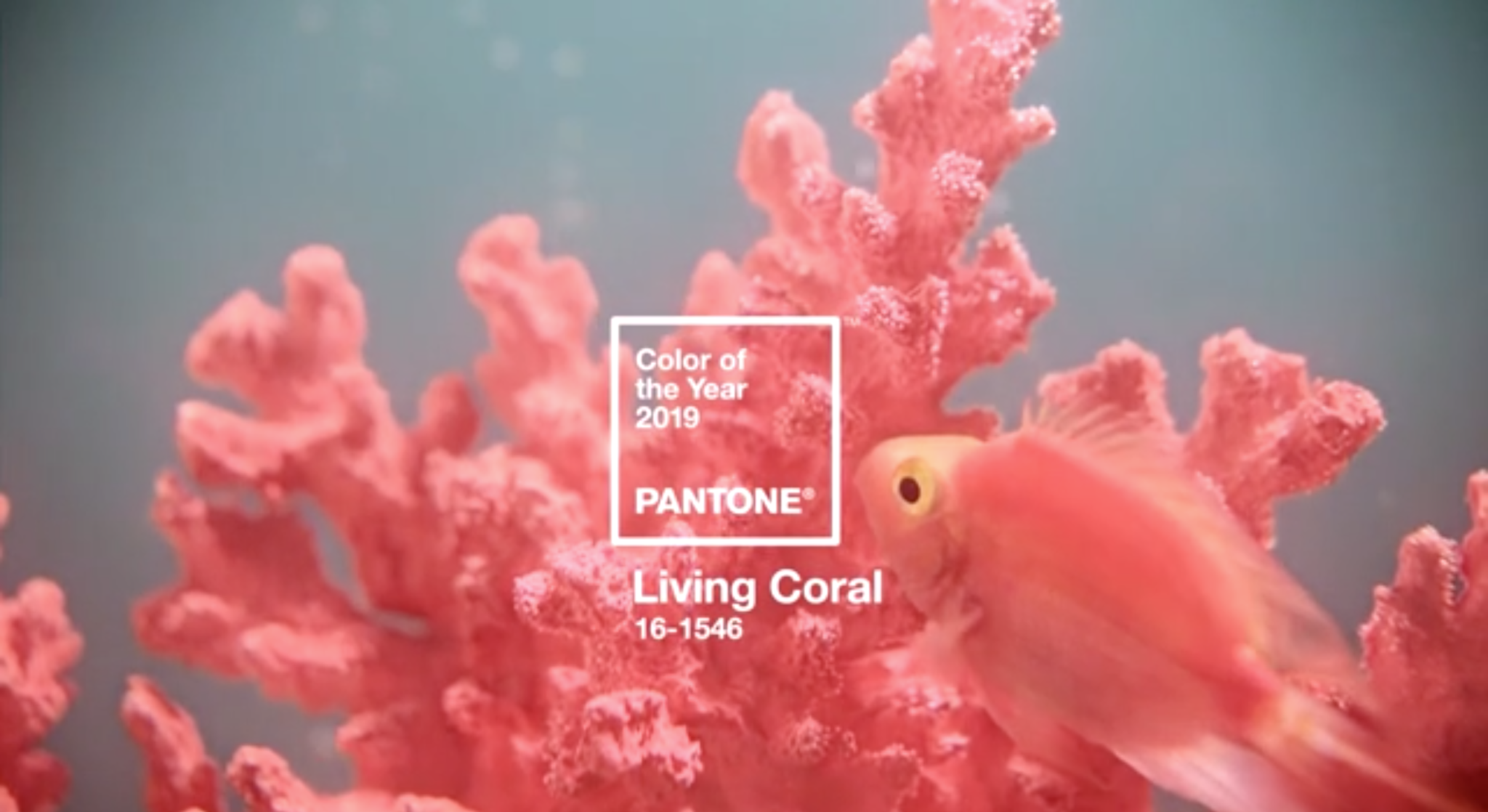 What did other brands predict?

But the brand isn’t alone in attempting these sort of predictions. Dulux launched its 2019 Colour of the Year a month or so ago, plumping for a shade called “Spiced Honey’. A shade that is smoother, cooler and decidedly more workable than the Pantone offering. Dulux too was attempting to find a colour that was a salve for our current global ills. In so doing it was closer to the mark. Albeit mostly for the accompanying palettes that support the colour as otherwise it’s hard to see ‘Spiced Honey’ as anything other than quite a nice brown. Which definitely lacks inspirational appeal in isolation.

However, by inadvertently referencing by hue hitherto humble materials like cork, hemp, sisal and bamboo, it was at least pointing in the right direction. Certainly these materials are fast tracking their way into the higher echelons of design. 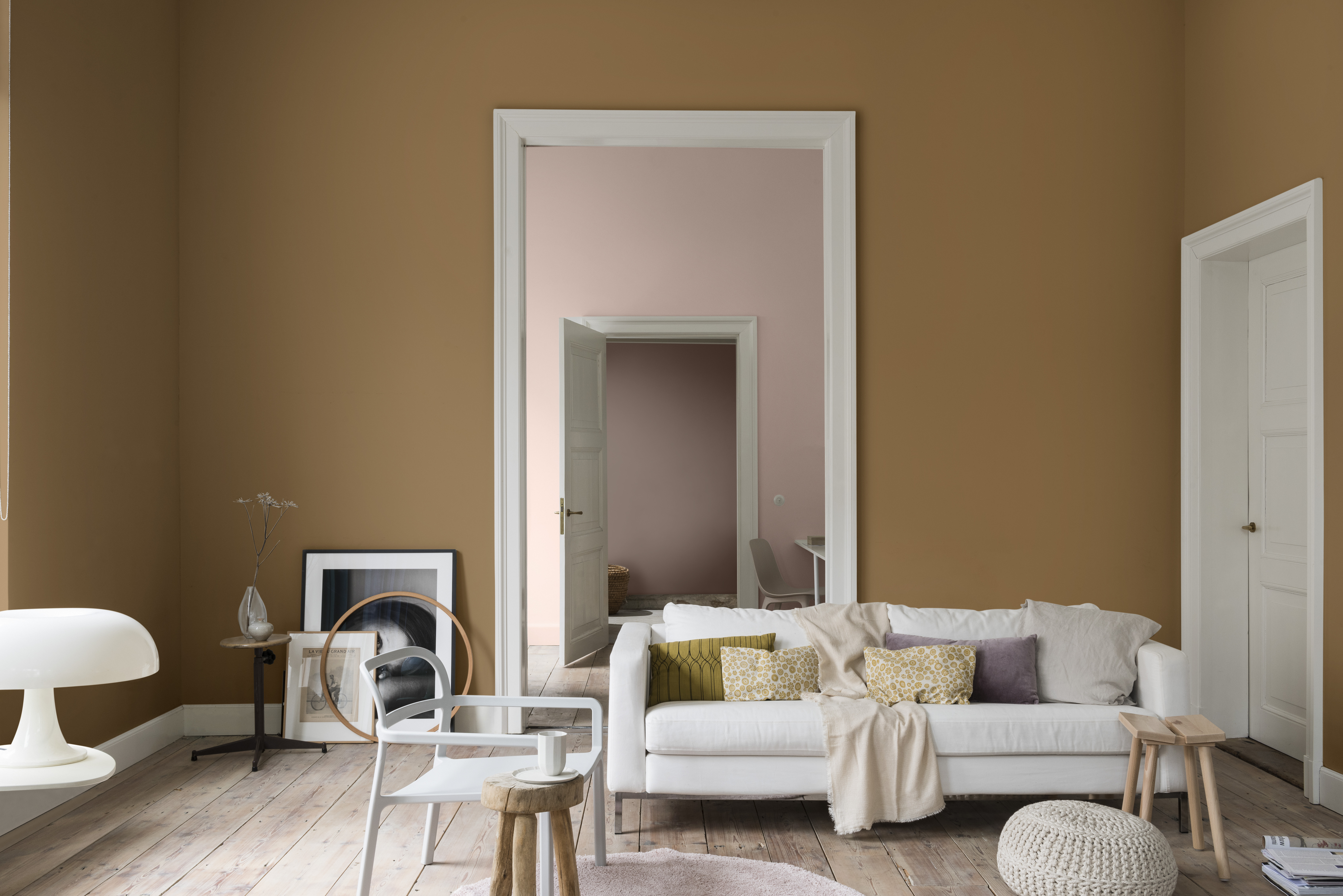 Dulux announces ‘Spiced Honey’ as its Colour of the Year 2019

The issue is, in such incredibly complex times a single colour can not really be proffered as representative of the current clime and context. For beyond issues of tonal subjectivity, I feel our present age is unique. This is a moment in which the pillars of establishment are being overturned, from governments to constitutions to the culturally embedded privilege of the white male. The people in the trenches are shouting to be heard. Consider the Remain campaigners in the UK to the French gilets jaunes. And they are having an effect.

As such we are in a time of intense reaction as opposed to considered response. Arguably, those who have previously been unheard, and conveniently unseen, gave us Trump, Brexit and the #MeToo movement. But what they didn’t give us were the solutions to any of the above, which is the distinctly uncomfortable space in which we now sit. Perhaps then, only in its discordance, is Pantone’s allegedly “vivifying and effervescent” Living Coral, vaguely en pointe? It certainly lacks the ”nurturing” quotient intended.

However, considered calm is on the horizon, and I say this with optimistic conviction because nature abhors a vacuum and action always follows reaction. However we won’t see the results of this particular pendulum swing until early 2020. Instead, right now and into 2019 is a time for the continued calling out of an endemic societal hypocrisy. Something which requires more subtlety and nuance than one-dimensional colour trend statements. Especially one that’s emblematic, by association, of mankind’s systematic destruction of the natural world.

A version of this article was first published by Dezeen on Monday 10 December 2018.

Working my way slowly through the hot colours. Wel

If ever there was a brand that epitomised joy, it

Why do I love @roksandailincic dresses so? Perhaps

A short history of saffron