This interview was first published in the June 2011 issue of ELLE Decoration! I’d started a new In Conversation With… series in the magazine which saw me trotting off every month to interview someone I was intrigued by.

I stand by every word of this copy today. As does Laurence, with whom I fact checked it again for this feature.

The inimitable Laurence Llwellyn-Bowen with Michelle Ogundehin in Wales for Interior Design Masters. And yes, I’m clutching a hot water bottle, it was absolutely freezing!

When I announced to the team that I wanted to interview Laurence Llewelyn-Bowen, they were aghast. The king of flamboyance and flounce in the pages of ELLE Decoration! The man who helped inflict Changing Rooms on the nation! ‘But he’s actually very funny and much smarter than his television persona would have you believe’, I demurred.

In fact, LLB is disarmingly warm and unpretentious in person and incredibly knowledgeable about design. “There were only two things my mother never wanted me to be, an éminence grise and a dilettante,” he states, before adding, “It shows what a poncy upbringing I had!”

Accordingly he has no regrets about anything he’s done: “I enjoy the fact that I get asked to do odd stuff. I may not have an OBE but I am the curator of the Blackpool Illuminations, which is a match made in heaven for me!”

“I may not have an obe but I am the curator of the blackpool illuminations, which is a match made in heaven for me!”

And he initially “resisted like fury” the move to TV. Trained in fine art at Camberwell, he had a thriving interior design practice, was married to the girl he’d met when he was 19 and all was well with the world. But Jackie, his wife, who has been the consistent business force behind LLB Inc, heard in 1996 that a production company was seeking interior designers to test for a new TV show and the rest, well, we know.

Since then he’s created wallpaper and paints for Graham & Brown and B&Q, glassware for Dartington and furniture for Matalan — companies, as he puts it, at the “democratic” end of the market. “I like collaborations,” he says, “I like presenting a big orange squash of an idea that’s made palatable by other people diluting it.”

And with such flair for poetic ad-libbing, he’s become a consummately professional and popular presenter, even adding the rather erudite BBC documentary series Hidden Houses of Wales to his résumé. Although he can’t resist quipping, “But never say never to Strictly!” before dashing off to a meeting with Classic FM. 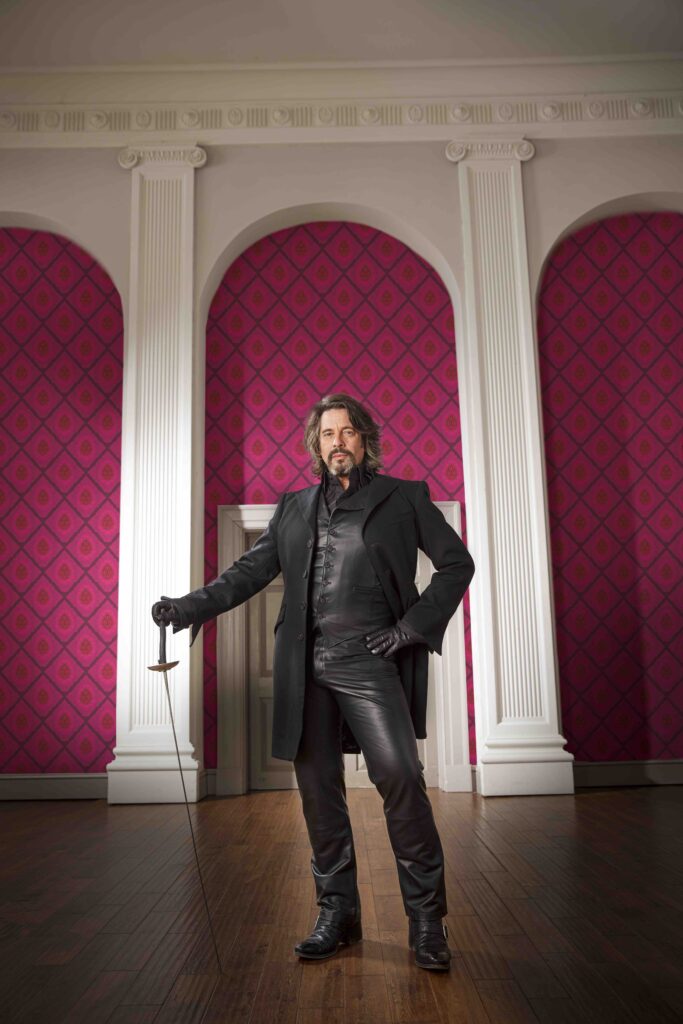 in conversation with… Laurence Llwelyn-bowen

Tell me five words to describe yourself… A bit of a curly gothic?

Who’s your favourite writer? I consume Nancy Mitford on a regular basis. But I rarely read fiction. I prefer biographies of 19th-century courtesans like Lola Montez.

What is your greatest fear? I’m really deeply unfearful. I don’t spend any time worrying about anything.

What do you regard as the lowest depths of misery? I don’t like cleaning out the chickens.

If you could change one thing about yourself, what would it be? I’d quite like to have a tail.

If you could change your nationality, what would you be? I’m very happy being Welsh.

Have you ever failed at anything? I’ve failed at lots of stuff, but all things I’m happy to have lost. I spectacularly failed my maths O-level.

Your house is burning down, what do you grab? The original Thibaut wallpaper in the dining room, but that might take a while…

What should you never have in your home? Kelly Hoppen. Also I don’t like homes that become a shrine to technology. 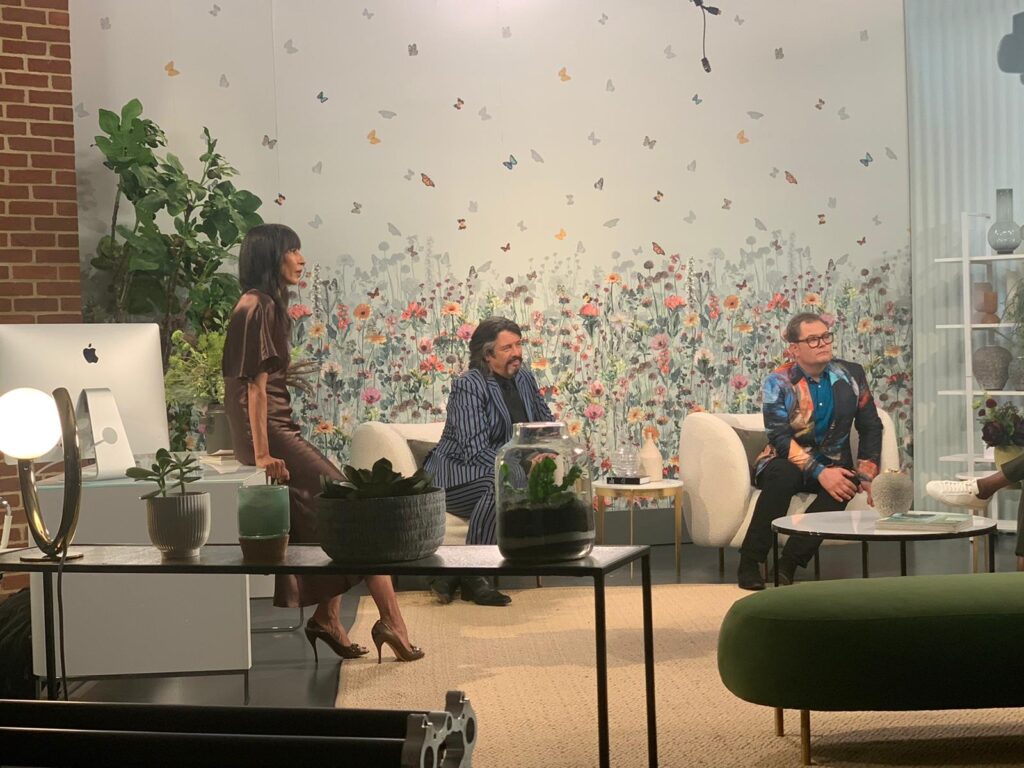 Are you religious? No.

Are you good with money? No.

Do you believe in luck? No.

Do you collect anything? Yes, rubbish. I need to have a cull.

What do you think you would taste like? Very salty.

If you were an animal what would you be? Something with ideas above its station. 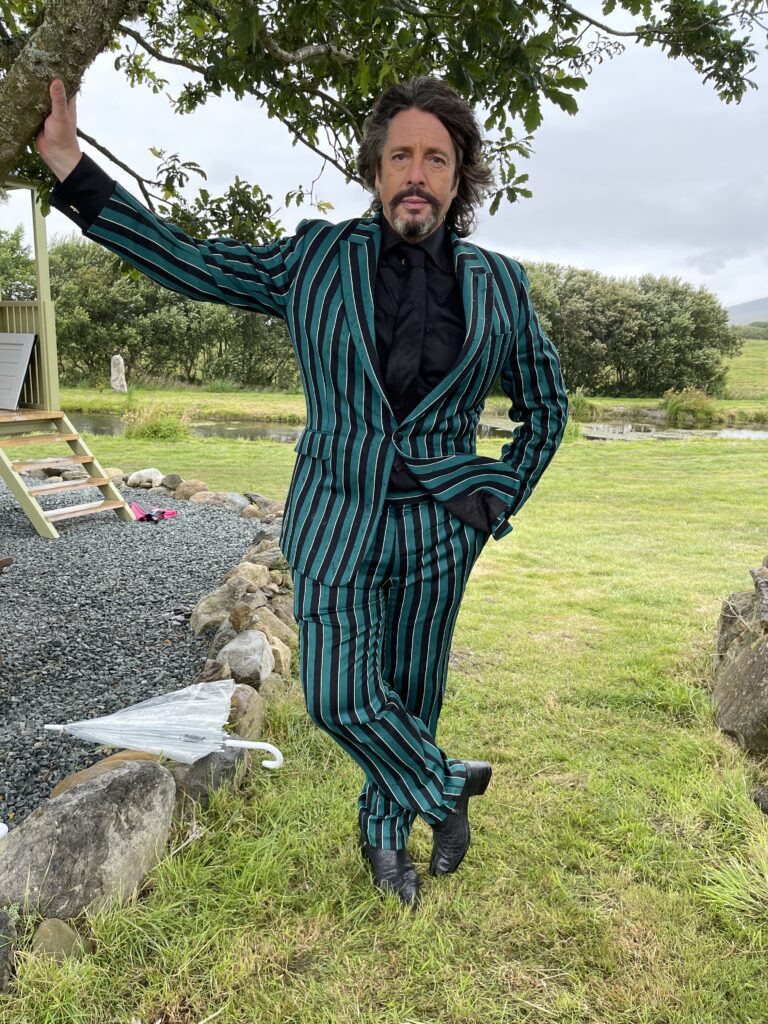 On location in Wales with Laurence Llewelyn-Bowen for Interior Design Masters.

Who would you least like to be stuck in a lift with? David Hicks. I find him quite irritating when I read his books. He sounds like he was such a snob.

When you were a child what did you want to be? A barrister. I think it was the desire to perform in a curly wig.

What does luxury mean to you? Luxury shouldn’t be special. I like the idea of hot and cold running luxury.

Do you a have a motto? I am patient, I will prevail. 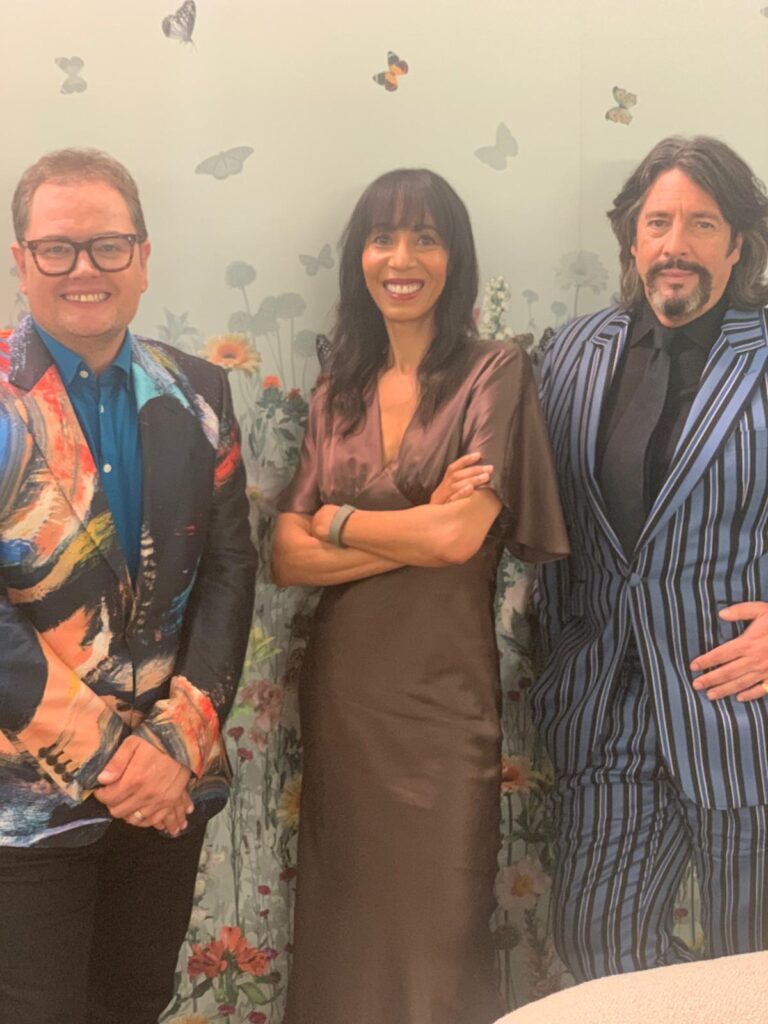 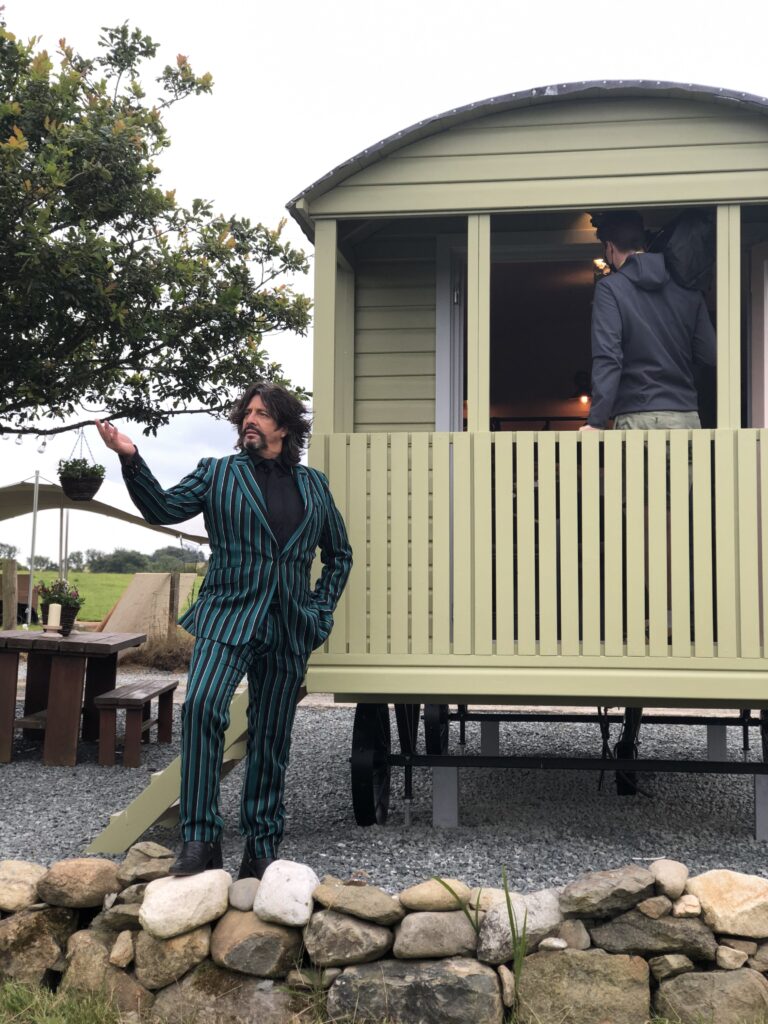 On location in Wales with Laurence Llewelyn-Bowen for Interior Design Masters.