My father used to say that the value of anything is what you’re prepared to pay for it. I think this is an interesting premise, particularly when we consider the prevalence of affordable homeware on the high street, to which this issue devotes a special section. If you absolutely love a vase, and it’s only £10, is it ‘worth’ less to you than something from Baccarat or Lalique? Of course, there will be vast differences in the processes of manufacture and related ‘quality’, but that’s not necessarily a factor in ‘value’. Then, of course, there is the ‘if something’s too good to be true, it probably is’ adage. To pursue my analogy, can a £10 vase really be any good? Again, all relative, and nothing to do with value. If you love it, maybe it won’t matter if it chips rather than ages elegantly because it was mass produced rather than handmade. Perhaps, because it only cost a tenner, it won’t matter as much if it gets broken? I’m not sure. You see, the thing with valuing something is that it’s an essentially intangible quality, you simply either do, or don’t; it’s not a commodity that can be quantified in black and white terms.

The Collins Dictionary definition of value is ‘the desirability of a thing, often in respect of some property such as usefulness or exchangeability’. So, does this mean anything that you can’t bear to part with? Which prompts the next question: what would you let go from your life? Anything that no longer has any worth to you? Or, more personally, anyone that we feel no longer respects us? It’s interesting to me too that another definition of value is ‘the moral principles or accepted standards of a person or group’. As such, our values, and what we value, define us.

So back to that ten pound vase. I think, if you spot a vase that you love, and you can get it for a steal, then you’re a supremely smart shopper. The high street is an incredibly fertile shopping ground, so to dismiss it would be folly. However, it’s crowded, and there is a surfeit of choice, so we’ve done the hard work for you in singling out the best buys. In other words, the pieces we feel adhere to the values we at ELLE Decoration have always held dear: integrity, elegance and honesty. Not forgetting a little dash of fairy dust! Another intangible quality… but that probably deserves a whole other letter. 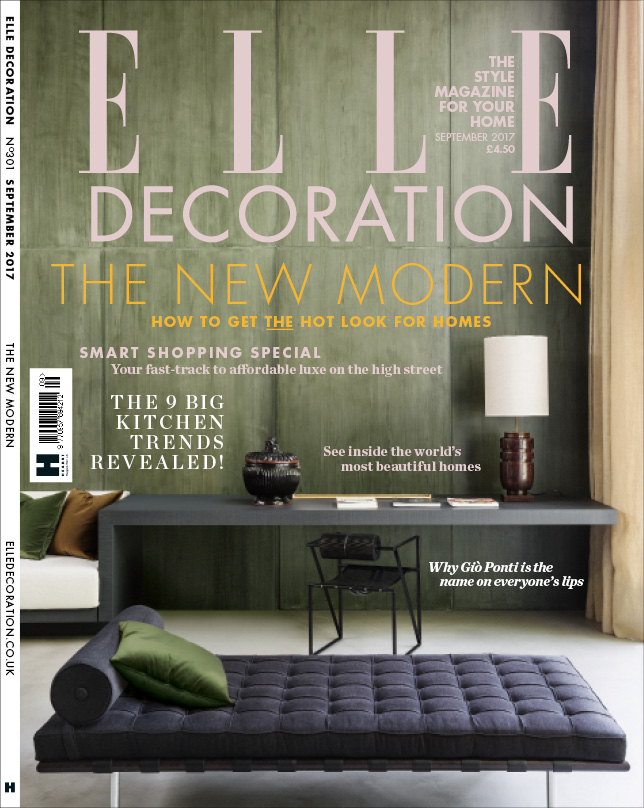 Letter: For the love of lounging