It occurred to me that it might be nice for me to share a monthly round-up of some of the things I’m doing, working on, reading or otherwise occupying myself with, plus what to look out from me in the weeks ahead, and perhaps catch you up on any events that may already have happened! We’ll see how it goes, and so herewith my first Newsletter!

The big news is that I’ve just started filming a new BBC2/Netflix TV Series: think ‘Project Runway meets The Apprentice for Interior Design’ and I’m the Series Judge! There will be eight episodes scheduled to screen at 9pm on BBC2 (earliest this time next year), and then it’ll go global via Netflix. I have an amazing partner in crime as the Series Presenter, but as it stands I’m not allowed to reveal who that is yet. Suffice to say they are something of a TV presenting legend, so it’s a pretty amazing journey for me to work alongside someone so experienced! The series will also feature a fabulous guest judge every episode; sadly I’m not allowed to spill the beans on who they are either! But, I can tell you that there will be ten contestants to start off with, and one has to go home after every challenge. The deciding who has to go bit being what I have to do. At the time of writing I’ve met them all and they seem so lovely, I think there will be tears on set (mine) because I can already feel how badly each of them wants to do well! However the ‘Presenter’ gets to hug people, I have to judge. Think I’m going to try to package it as honest, authentic, hopefully constructive feedback, as ‘judge’ is such a loaded word. 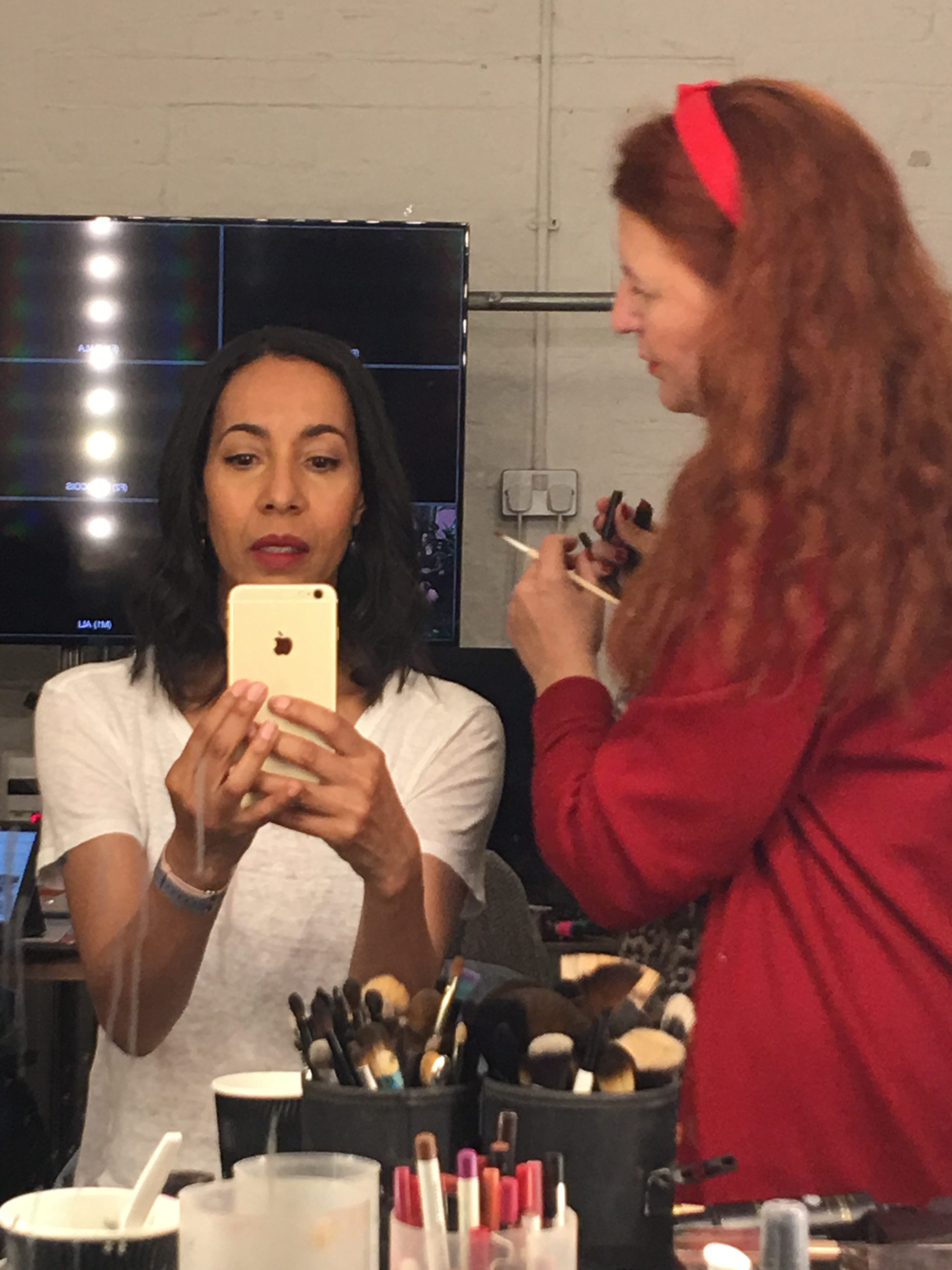 Day One Project Interiors: in the hair and make-up chair!

Since returning from Milan I have been absolutely obsessing over ways to introduce some Mustard Yellow into my home. The MOhome is already quite splendidly New Neutrals, but a dash of spice, a bit more of the unexpected, is what I’ve decided it needs. I’ve introduced the idea via some mustard velvet cushions picked up from H&M Home (£6.99 each) which I’m in the midst of ‘bespoking’, but now I’ve designated the ceiling over the kitchen extension as the bit that’s going to get the mustard painterly treatment, so we’ll see if I can manage to do that before next month’s letter. 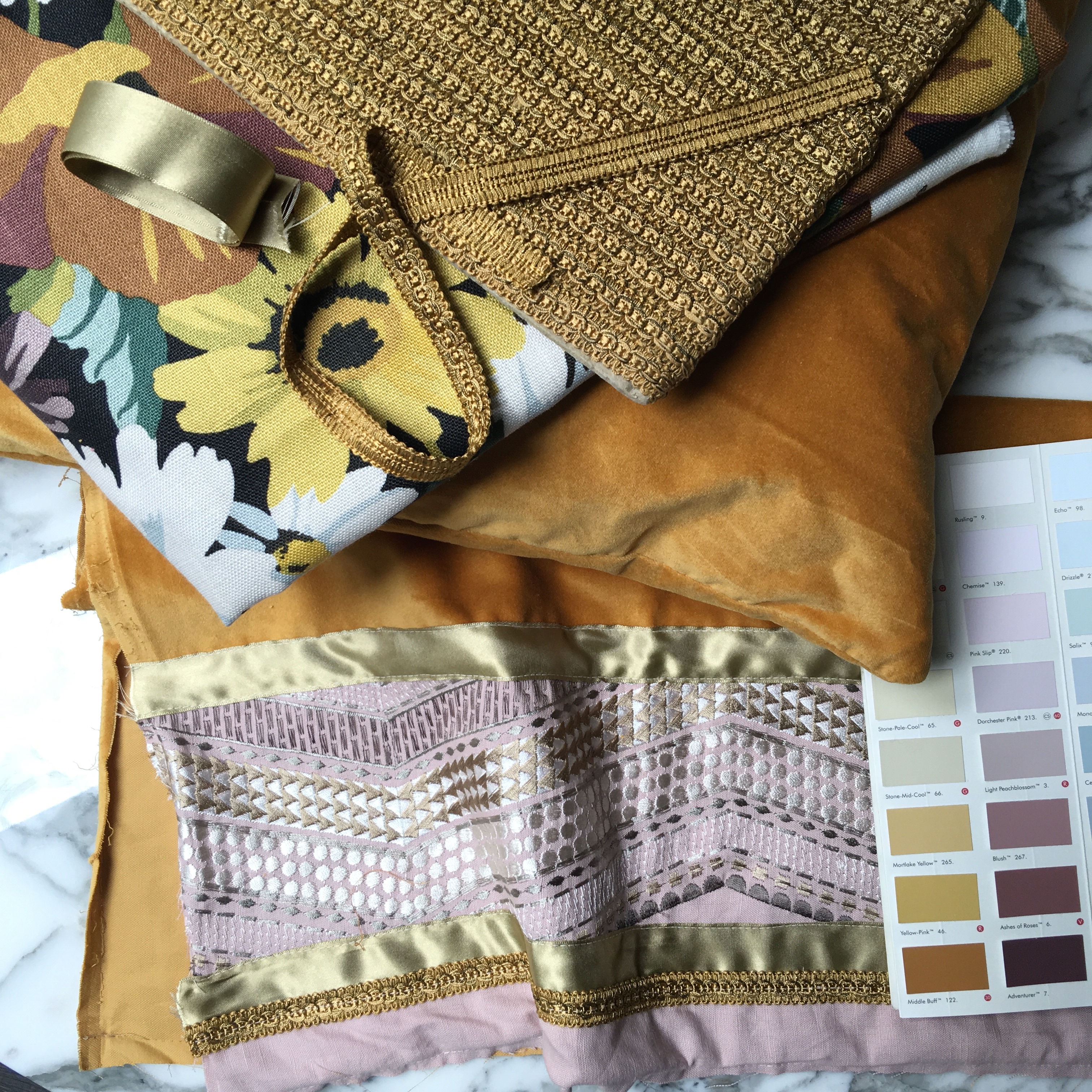 A while back the very lovely Justyna Sowa asked to film me talking about design for a new initiative she was launching, On Design. Her mission is to stir debate about ‘Design’. We had a great discussion and this short film is the result of that conversation. You can see some of the other people she spoke to, including Faye TooGood, here.

Just started reading ‘Morning: How to Make Time: A Manifesto’ by Allan Jenkins, a small book about the joys of waking early. As such, Jenkins writes very eloquently about his own love of the dawning hours alongside interviewing loads of other early risers — from the chef Jamie Oliver to a man who sells seeds from a narrowboat — about the whys and wherefores of their morning rituals (there’s also month by month descriptions of Jenkin’s morning thoughts, which feature some more personal nuggets within a lot of whaffling on about birdsong. The interviews are the best bits). I’m already resolved to try to get to bed just that little bit earlier in order to see if I can experience some of this magic for myself. Being more of a owl than a natural lark thus far this is proving a little challenging! However, it reminded me of an Editor’s Letter I wrote many moons ago on how to carve out more time by training yourself to wake up earlier. It proved to be very popular; loads of people contacted me after it was published, so I’m going to try to take my own advice and get there 5 minutes at a time. You can read my original Letter here.

The Power of Print

Very proud to be writing again for The Observer Weekend Magazine. My first piece for them will be about Matthew Williamson and his gradual move from fashion to interiors; out on Sunday 17th June. And I’ll post the copy here too after it’s been published, along with some of my moodboards. But here’s a little preview: small and I went to Mallorca, where Matthew now lives, for the interview, small being rather more interested in his iPad as you can see, Matthew gamely striking a matching pose indicative of his very mischievous sense of humour… 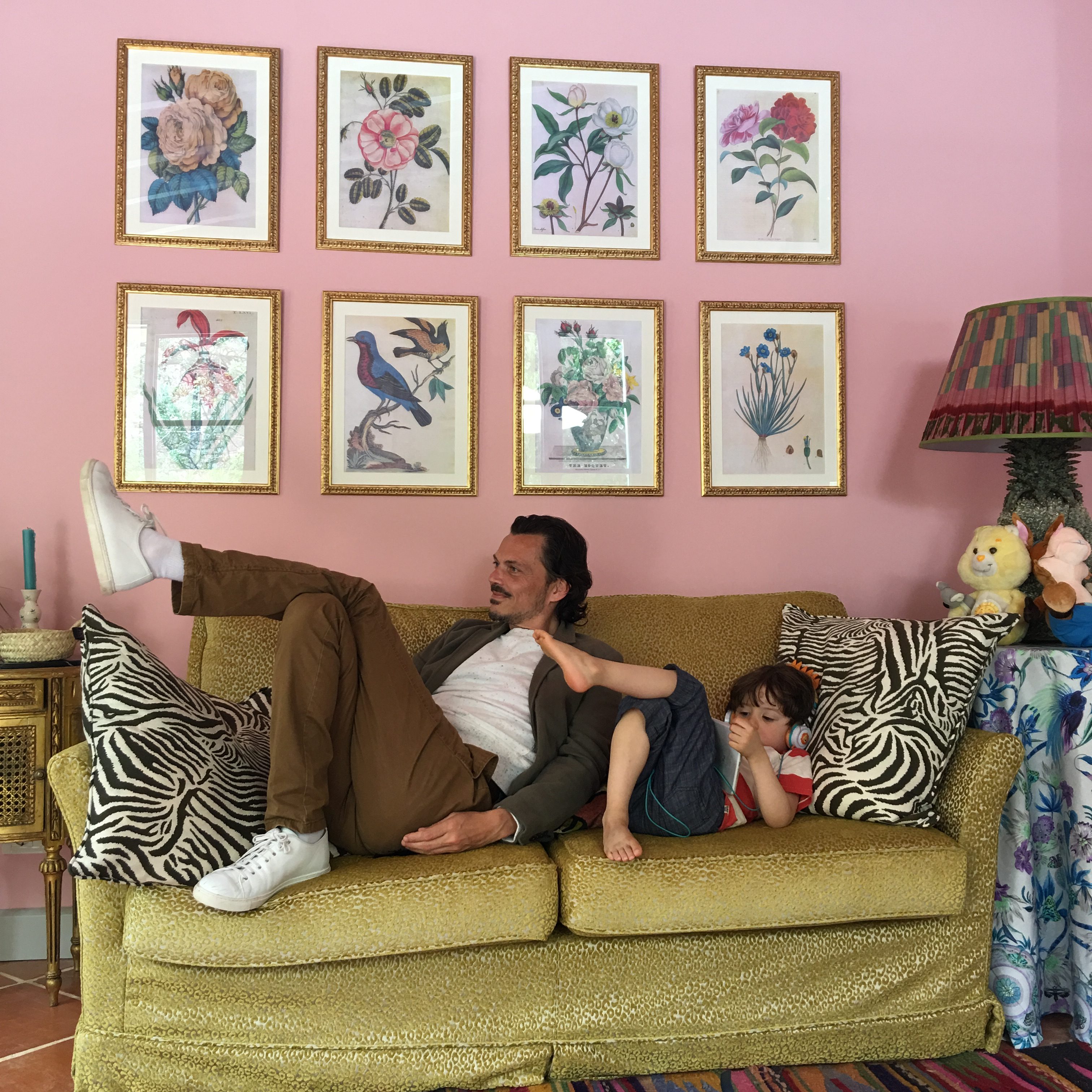 Matthew Williamson and oblivious Small, lost in the wonders of the iPad, striking a pose.

I’ve also been doing some writing for the very nice peoples at Neptune. I’d always admired the brand’s ‘Stories’ magazine, so was chuffed to bits when they approached me to write for them too. In the next issue I’ve written about the divisive tale that is ‘The Story of the Colour Pink’, as well as ‘A Short History of Pattern’! The new edition is out now: you can pick up a copy by following this link.

And last month I was honoured to be ‘In Conversation with…’ Davide Mazzarini and Laura Giudici, Creative Director and Press Director respectively of Society Limonta, at their brand new London store. A veritable jewel box of a shop, and a brand I’ve always adored, so they got an immediate ‘Yes!’ when they asked me to speak. You can read more about why I love them here. 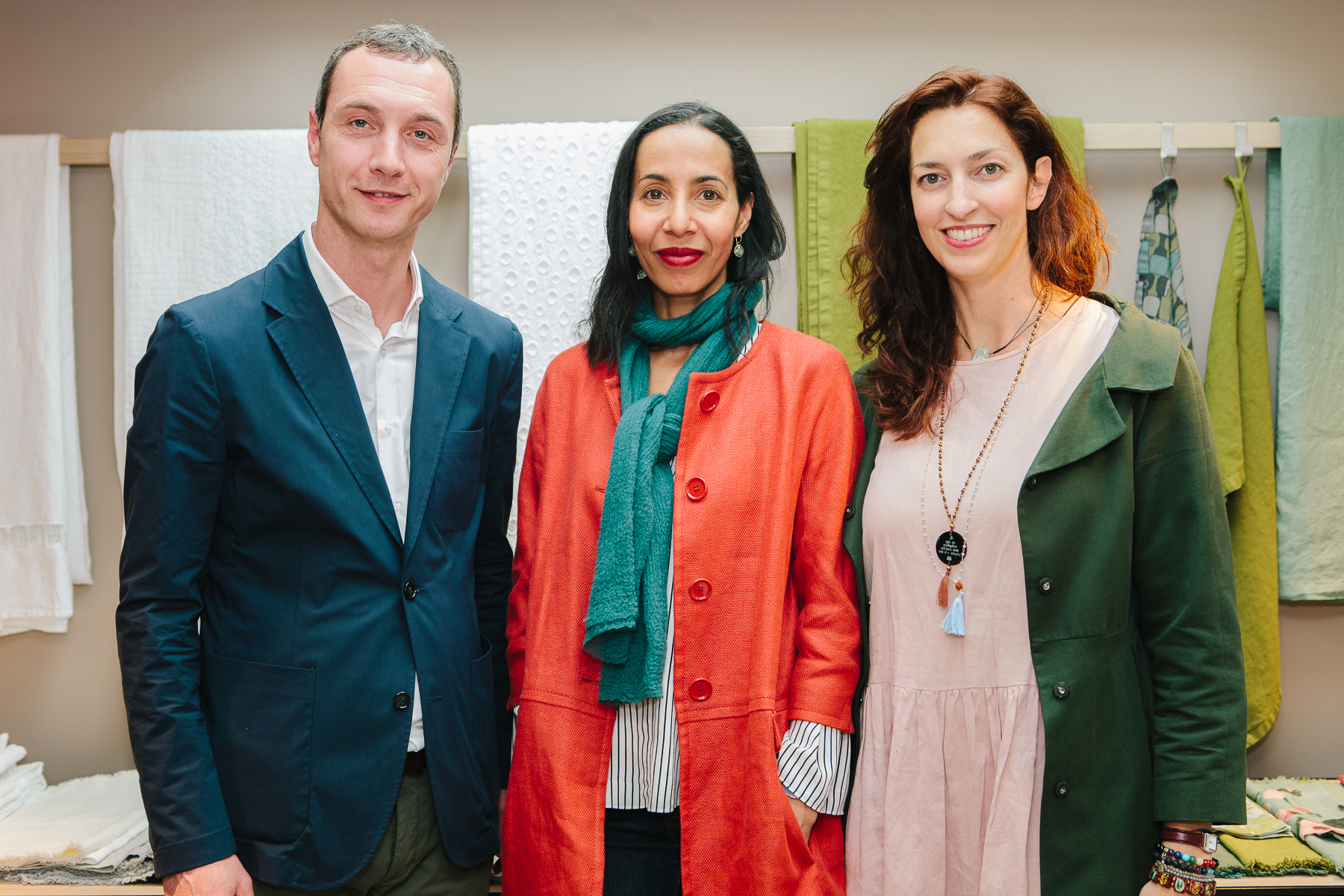 At the Society Limonta launch party with Davide and Laura. 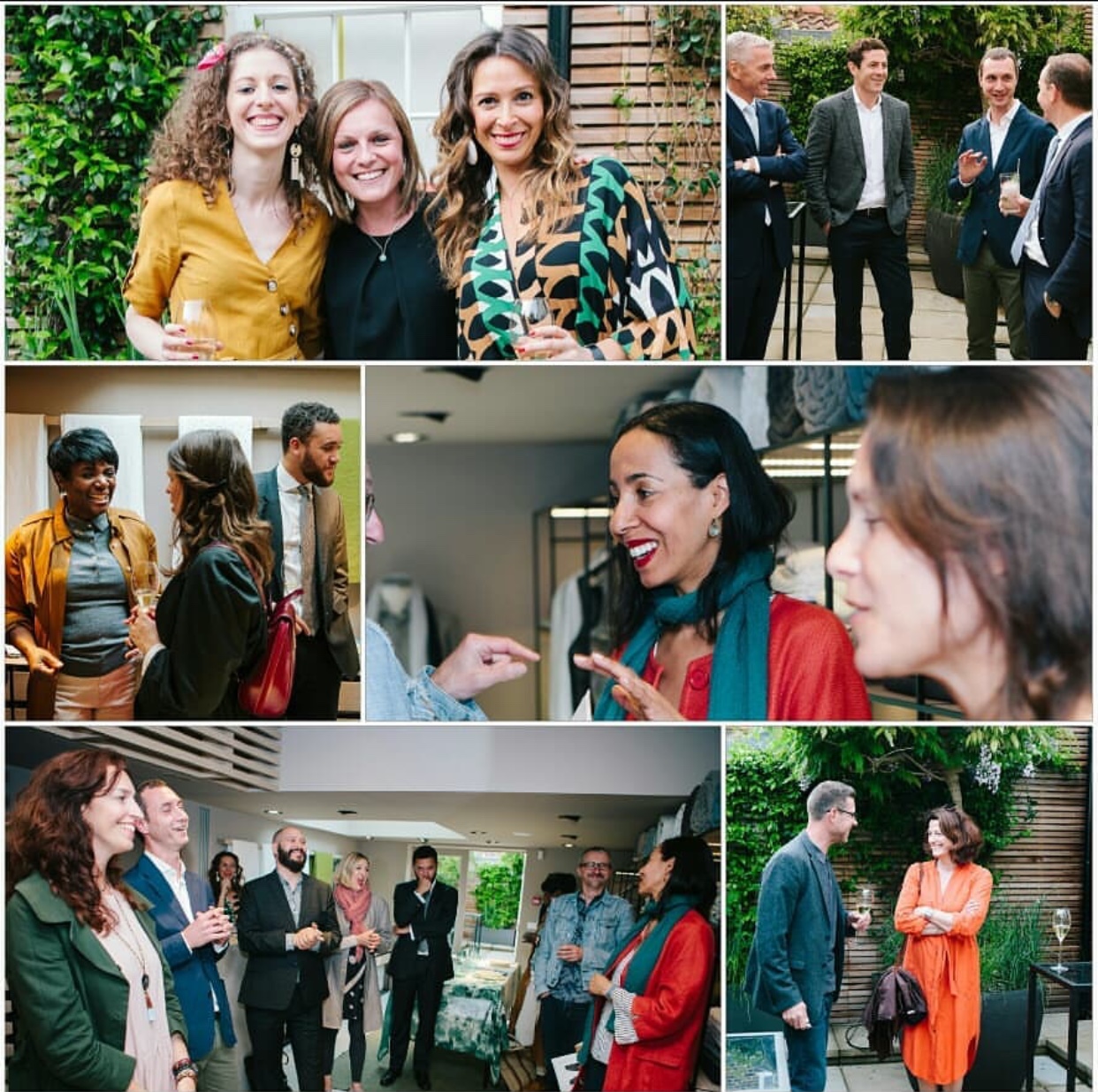 The opening party for the new Society Limonta London store.

How fabulous is this print by the illustrator Karina Mansfield; she can take any image and make it into a screen-print esque graphic artwork! A great gift idea (ie pictures of your kids or family, not yourself, that would be weird). Check out her Instagram feed for more inspiration. 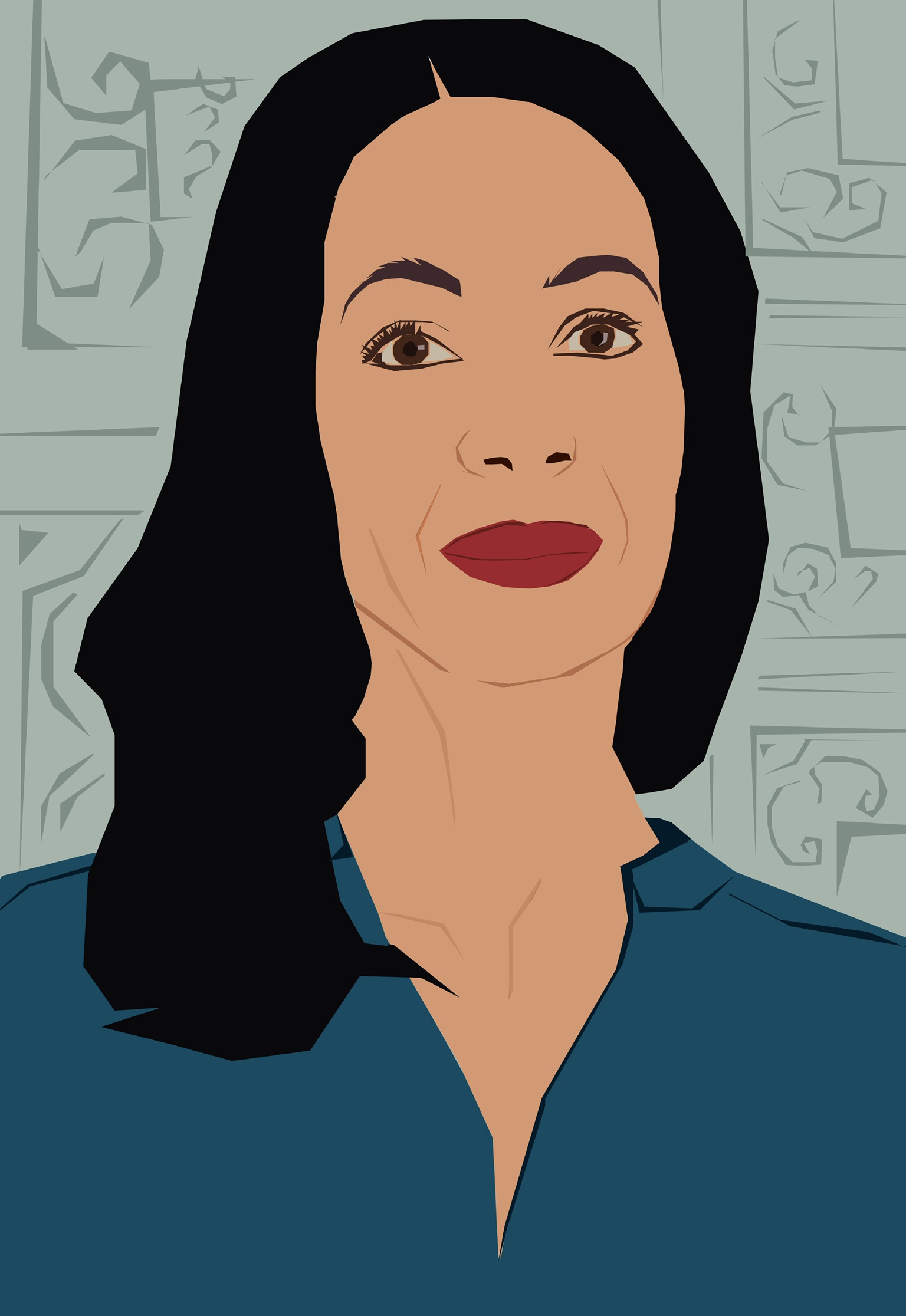 Michelle Ogundehin by Illustrator Karina Mansfield based on an original portrait by photographer Ben Anders.