What I’ve been upto since my last Newsletter, and what’s coming up!

Albeit good grief, I can’t believe it’s been six months since I last did one! I’ve mostly been busy madly book-writing (more on this very soon) but I also managed to squeeze in a few other things which I’m excited to share…

I’ve been working with Soho Home (the homewares arm of the Soho House member’s club) for a while now, organising talks and writing occasional articles for its blog, but this time the tables were turned and they came round to visit me! Always interesting to see what it feels like to be interviewed, as opposed to be the interviewer — we talked all sorts, from the importance of sleep to the core purpose of home and whether cushions and colour really can be the cure for all ills. You can read the article and see some pictures of my home here… House to Home: Michelle Ogundehin. Interview by Phoebe Frangoul. 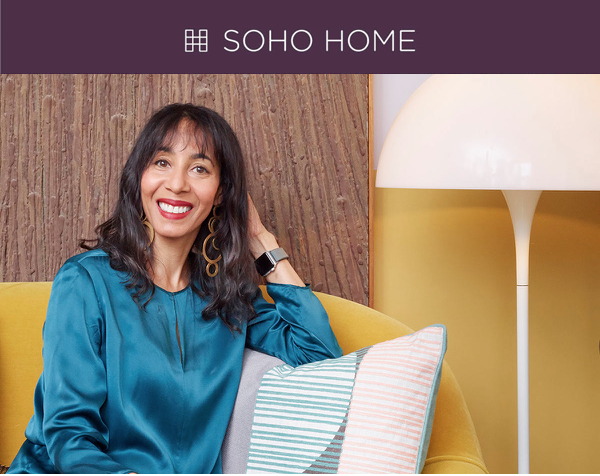 I went round to Made.com…

Early in 2018 I was invited to the HQ of made.com to meet with design director Ruth Wassermann and begin the process of curating the fourth collection of TalentLAB, a brilliant initiative that puts the entire production facility of the company at the disposal of anyone with a great idea — a concept that really does open up what it means to be a designer. The results of our collaboration — basically me choosing the pieces I felt had the most potential, and then working with Ruth and the designers to give them a few little tweaks of material and colour to help them sit as a collection — were then prototyped, and put up for pledging as ultimately it was up to the made.com consumer base to make the final call. You can read more here, and see what made it through to the final edit here!

The complete made.com TalentLAB4 collection, as edited by Michelle Ogundehin

That’s Not My Age also came for tea…

I first met Alyson Walsh when she was writing her book, Know your Style, which she very kindly invited me to be a part of; so I was super happy to hear that she’d decided to launch a podcast under her brand That’s Not My Age: the grown-up guide to great style (you can find it/her on Instagram here). She duly managed to persuade me to record an episode with her, and you can get all the links to download it here. We spoke together way back in March, but the results of this labour of love are all now on air so alongside me you can also hear insightful interviews with some of the UK’s most fascinating and trail-blazing women from style supremo Lucinda Chambers and fashion psychologist Dr Carolyn Mair to Baroness Young of Hornsey OBE. An honour to be amongst such stellar company. PS we talked cheesecake, the best jeans and what it takes to be happy at home! 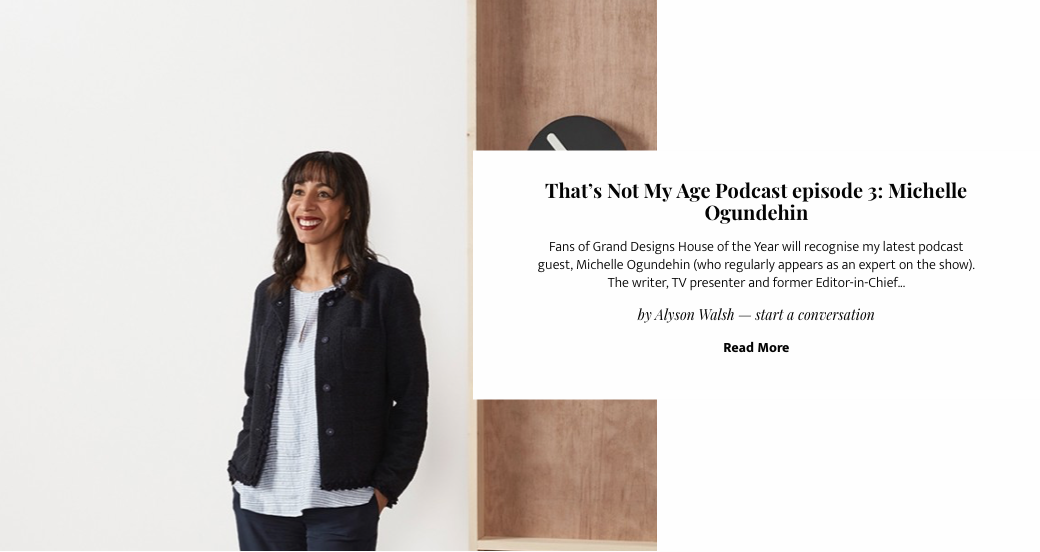 Interior Design Masters comes to you!

Just under a year ago (pre-fringe!) I wrapped filming on a new interior design show. Now officially titled Interior Design Masters, it’s all beautifully edited, ready for your viewing pleasure, and kicks off at 8pm on Wednesday 14th August on BBC2! I can’t wait for you to see it. The team behind it were amazing, the designers are genuinely inspiring and it’s presented by Fearne Cotton. I was the Series Judge so it fell to me to boot someone off every week while Fearne got to do all the hugs (not fair!) I guarantee you’ll be glued to your seats because the work is great and you can’t help but engage with all the contestants and care about who gets through. And for the record, if I’d placed a bet on who I thought might win at the beginning, I’d have been wrong. Here’s a link to the BBC’s summer trailer which includes the show. I’ll be on BBC Breakfast on launch day Wednesday morning to talk about it; and here’s what I’d written about it before. 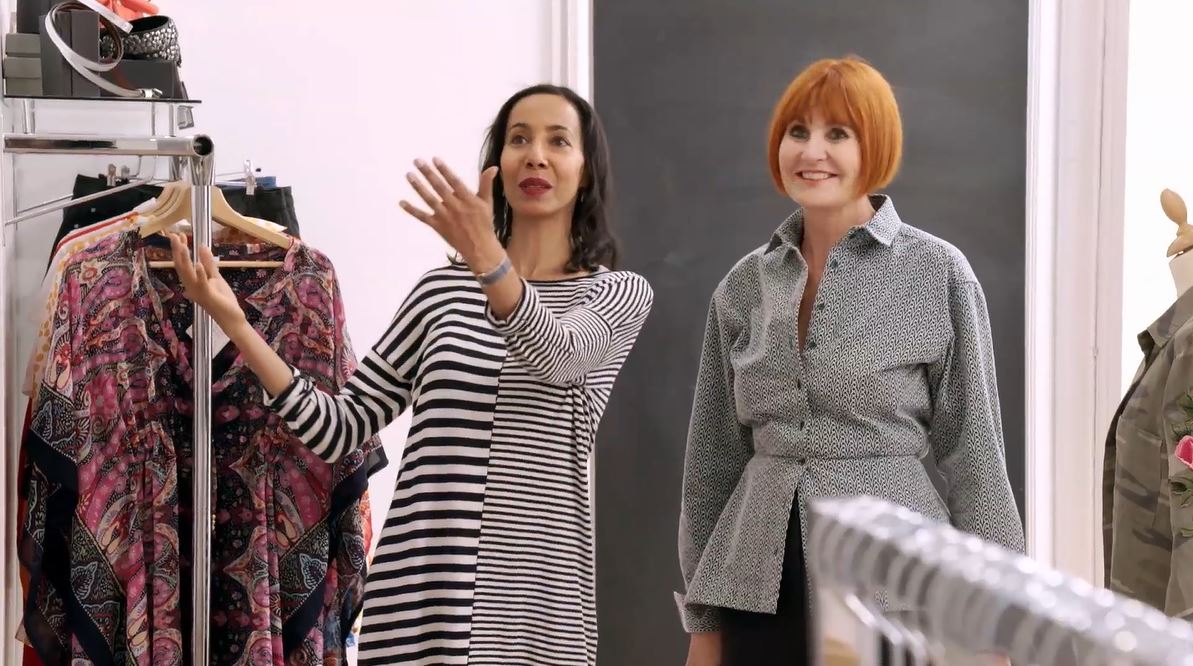 Michelle Ogundehin, Series Judge on Interior Design Masters with Mary Portas: Episode Three sees our designers given shops to design, so who else to call in as Guest Judge that week. 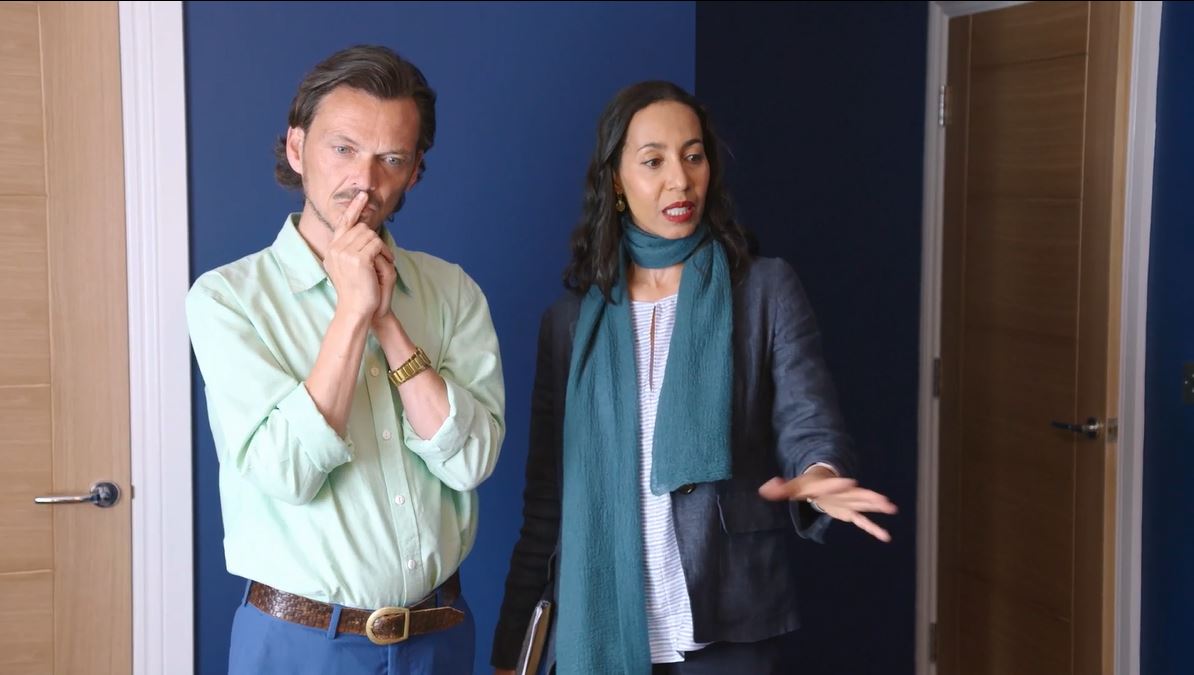 Sainsbury’s got serious with Homewares

I’m always happy when I come across good but inexpensive homewares on the high street as it should be the case that the bigger the brand the more opportunity they have to make their wares affordable. That doesn’t always translate to smart style though, but in the case of Sainsbury’s Home I was really pleasantly surprised. I agreed to have a bit of a play with some of their products chez moi, and I posted the results on Instagram. The range I selected was called Scandanavian Cool and its colours couldn’t have been more perfect for me. Check out the Collaborations button on my feed to see a series of little films I made for them to showcase the products. And in this case, yes, I did keep a couple of the bits because I genuinely loved them! That’ll be you fruit bowl, wooden tray, noughts + crosses set and fabulous cushion! Sainsbury’s Home 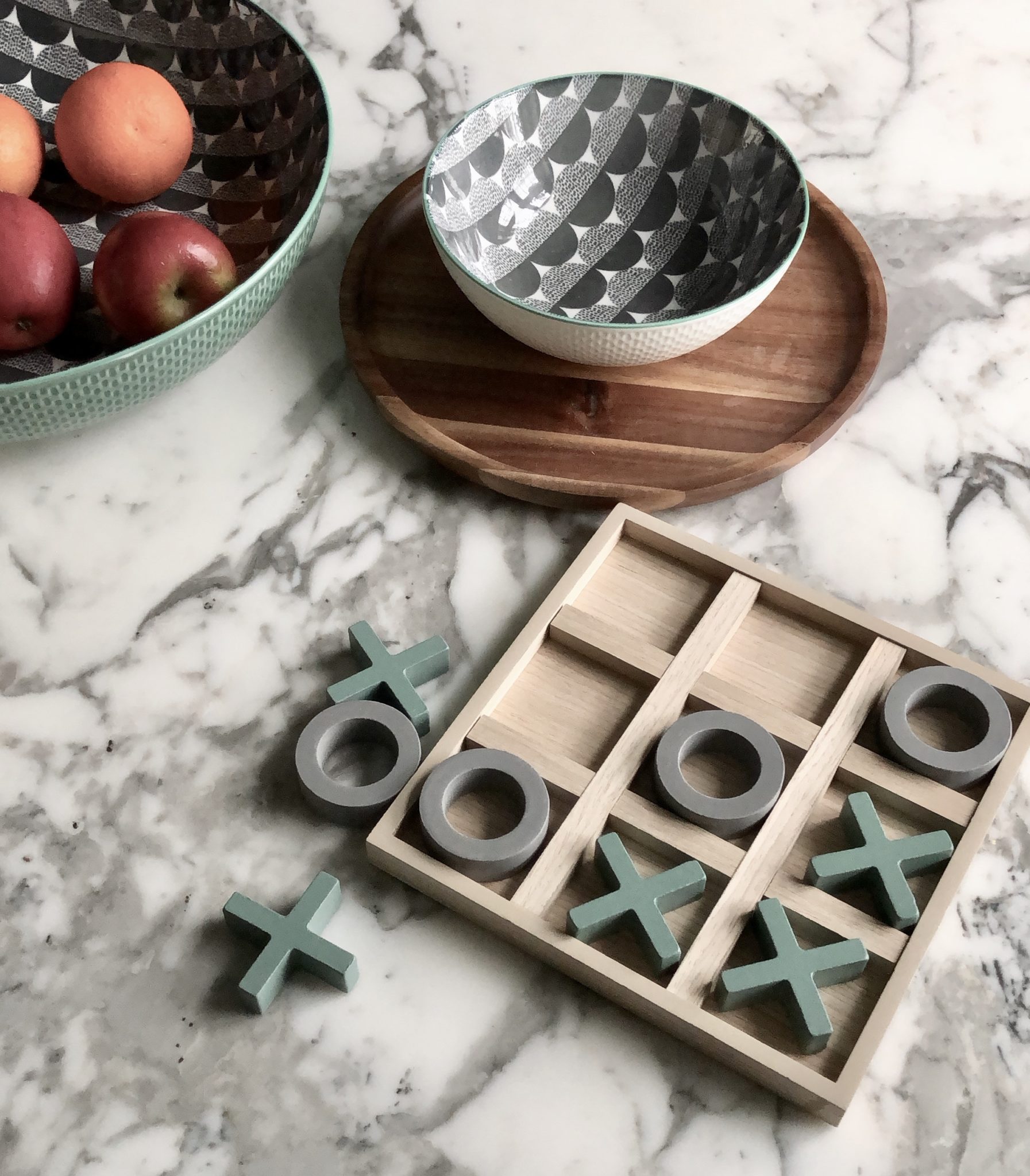 Fruit bowls, tray and noughts and crosses set, all from the Sainsbury’s Home collection. 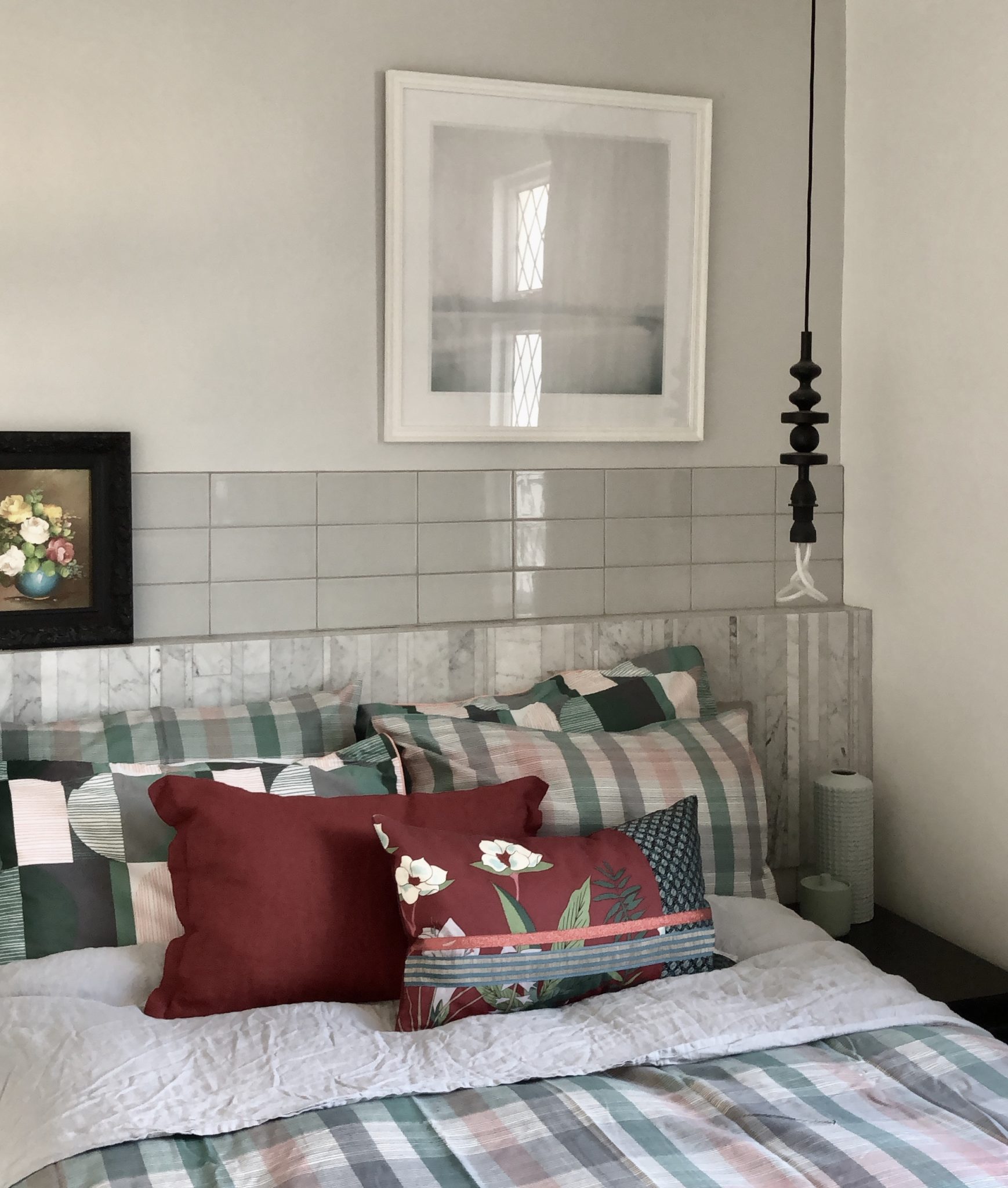 Bedlinen (but not the red cushions) and pots from the Sainsbury’s Home collection.

Absolutely thrilled to be able to say that I’m gearing up to film my fourth series of Grand Designs: House of the Year, the annual competition set up by the Royal Institute of British Architects to find the best architect-designed home in the UK. So alongside the inimitable Kevin McCloud and the wonderful Damion Burrows, I’ll be trekking far and wide to have a snoop around some of the longlisted houses on your behalf — absolutely always one of my favourite things to do. And it’ll be on Channel 4 some time in November. But you can take a peek at the 20 houses in the running for the 2019 prize here. 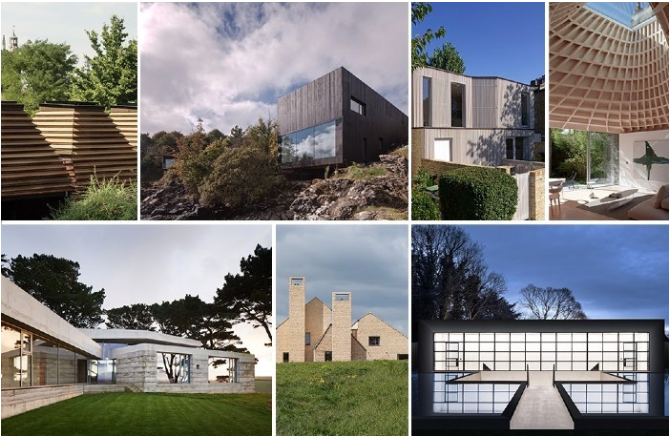 Contenders for Grand Designs: House of the Year 2019

I’ve been awarded an Honorary degree by Middlesex University!

And I was included in the Pouted Magazine round-up of Top 50 Interior Design blogs, which is always nice. A huge thank you to them. Link here.

But mostly I’ve just been chained to my desk writing a book! Due to be published Spring 2020 by Ebury Press, Penguin Random House. More on this very soon I promise.

PS Why not subscribe so you get notified when I post… I don’t do it too often so I promise you won’t be deluged!