The Timeless appeal of Japanese style

In March 2017 I visited the Barbican’s latest show, The Japanese House: Architecture and Life after 1945 (closed 25 June 2017). The exhibition features a 1:1 recreation of the remarkable Moriyama house designed by Ryue Nishizawa in 2005. It occupies a corner plot in Tokyo, in an area characterised by being dense with houses. However, rather than being one single dwelling, the Moriyama house is physically divided into ten separate components. The bedroom is in one block, the bathroom in another, and kitchen and so on housed in other units such that the homeowner must walk ‘outside’ to get from ‘room’ to ‘room’. The house is thus intimately intertwined with the city, reflecting the architect’s belief that ‘life can not be contained within a single lot.” 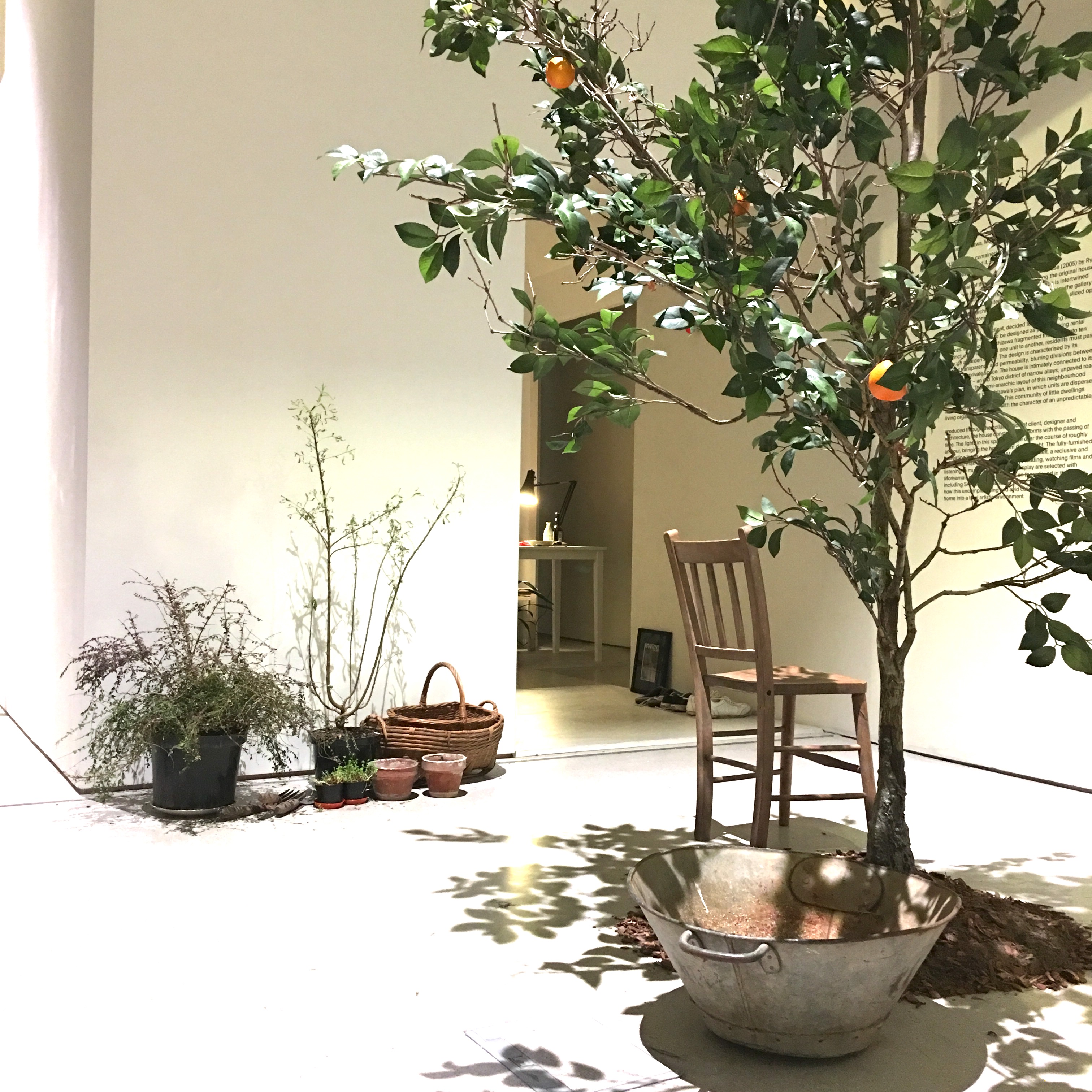 A recreation at 1:1 of Ryue Nishizawa’s Moriyama House, built in Tokyo, Japan, 2005, showing one of the external ‘courtyards’ between the ‘rooms’ of the house. The Japanese House in The Barbican’s third floor Art Gallery. Photograph: Michelle Ogundehin

As remarkable as this was, the main effect of the show was a sudden and intense desire for some extreme clutter-clearing! For this home was devoid of mess (and yes, it was furnished and finished exactly as the original, with the homeowner lending the gallery the majority of his possessions for the show). Sure there were piles of DVDs in the ‘room’ which housed the TV, but they were stacked neatly in piles and seemed more art installation than clutter. There were books too, ceramics, kitschy ornaments, framed posters, pictures and paraphenalia, and yet every item seemed to have a meaningful presence. As an observer you had no doubt that each tea cup was consciously chosen; each book well-thumbed and loved. Everything just seemed so purposeful. And to me, this is what differentiates Japanese ‘style’ from that of almost any other country in the world.

In the popular imagination, Japonisme is all shoji screens, tatami mats and a single Bonsai tree placed just so on an ornately-carved and black-lacquered console. No doubt there are many Japanese people with terrible hoarding habits and homes that are chock a block with stuff, but when I conjure visions of ‘Japanese style’ I imagine only Zen simplicity, exquisite ceramics, artful calligraphy, teahouses, wood, delicate paintings and an extreme sense of stuff sophistication that we in the West don’t seem to be naturally inclined towards. Of course this is an entirely superficial, sweeping statement that brushes over the richness and depth of this culture alongside an absolute glossing of the country’s history, politics and unique cultural legacy, both positive and negative. And yet, there can be no argument with the statement that as a country it has a tremendous sense of stylistic self. A unique way of marrying modernity with tradition. And one that to my mind that offers a lot for us to learn from right now. 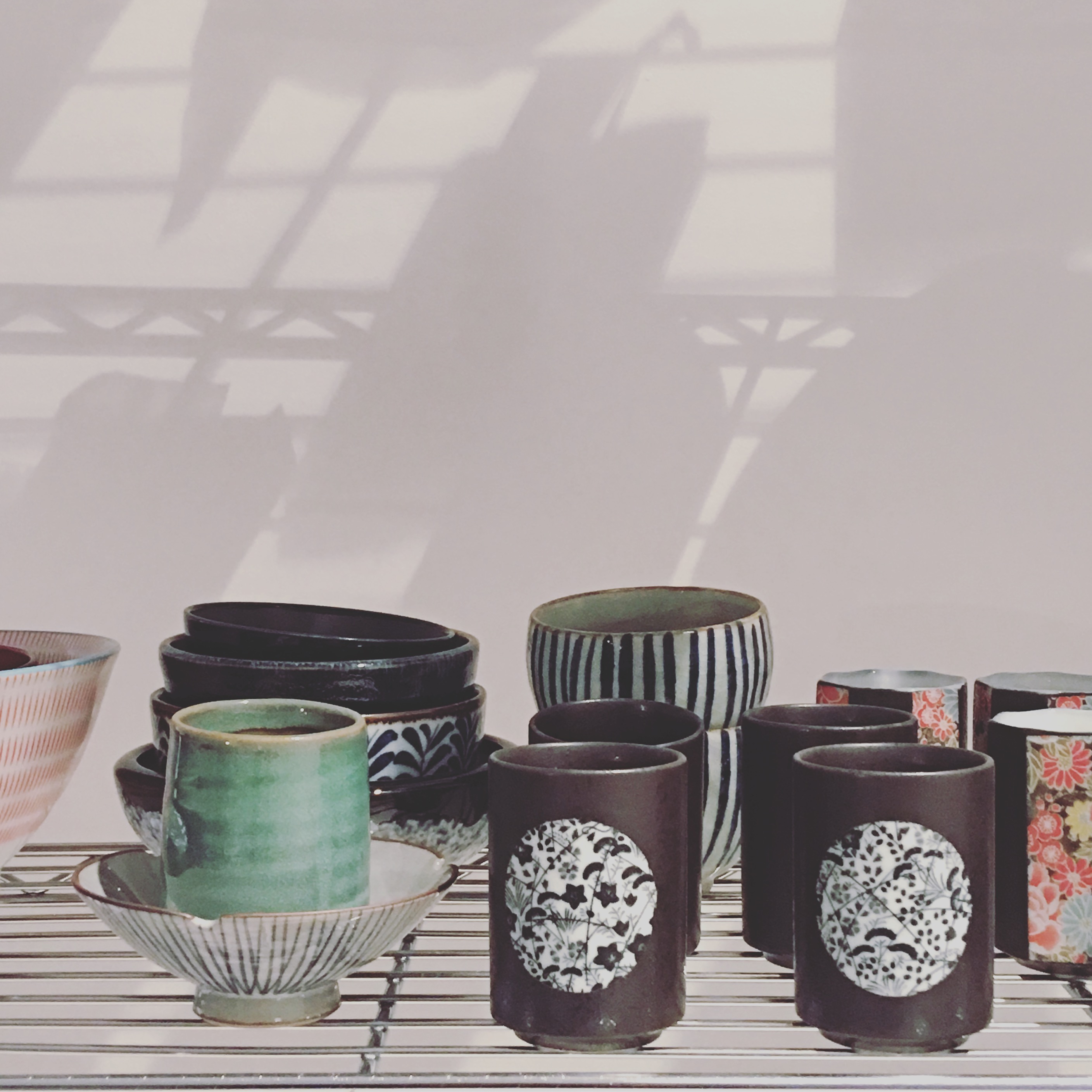 Cups in the Moriyama House, reconstucted inside The Barbican centre, for The Japanese House exhibition. Photograph: Michelle Ogundehin

When I was studying architecture at university, two of my favourite architects were Toyo Ito and Tadao Ando for the way in which they approached the very process of design. For them architecture was never static, but alive, an animated contribution to the world, not simply a physical re-representation of a bit of it. Consider Ito’s ‘Tower of the Winds‘ in Yokohama, essentially a cylindrical storage tower for the water tanks that facilitated the underground air conditioning of a neighbouring railway station. But this is no ordinary water tower. Rather, it is a living sculpture which translates surrounding wind and noise levels into light through an automated technology system embedded in the skin of the building which triggers 1300 lights, 12 neon rings and 30 flood lights to ripple and change colour in an ever-changing light show that is a direct reflection of its environment. What could have been very ordinary becomes extraordinary.

In a similar vein, his architectural contemprary, Tadao Ando has said that the purpose of his art is “to create a space where people can live, think and create.” One of his best known works is the ‘Church of the Light‘ in Osaka Prefecture. It is a seemingly humble, very plain, unadorned, reinforced concrete box. But, narrow slots in the shape of a cross, the height and width of one end of the building, enable natural light to pour into the building, becoming both striking illumination, symbol of worship and ever-changing decoration in one. It is brilliant. It is also incredibly simple. It is what I like to call minimalism-plus. In other words, a sense of absence doesn’t necessarily mean there’s nothing there.

The Japanese seem to be able to do so much with so little by harnessing the power of nature, by revelling in finish and texture, by paying attention to the smallest details, and by approaching design not only with a respect built upon centuries of ritual and tradition, but also with a healthy irreverence that enables constant evolution, progression and questioning of the norm. It is this heady combination which produces such refined innovation. Especially in architecture and design. To note, Japan has produced five Pritzker-prize winning architects (the absolute Oscars of the architecture world, first awarded to Philip Johnson, the American architect, in 1979), and has more architects (240 per 100,000 people) than any other country in the world! 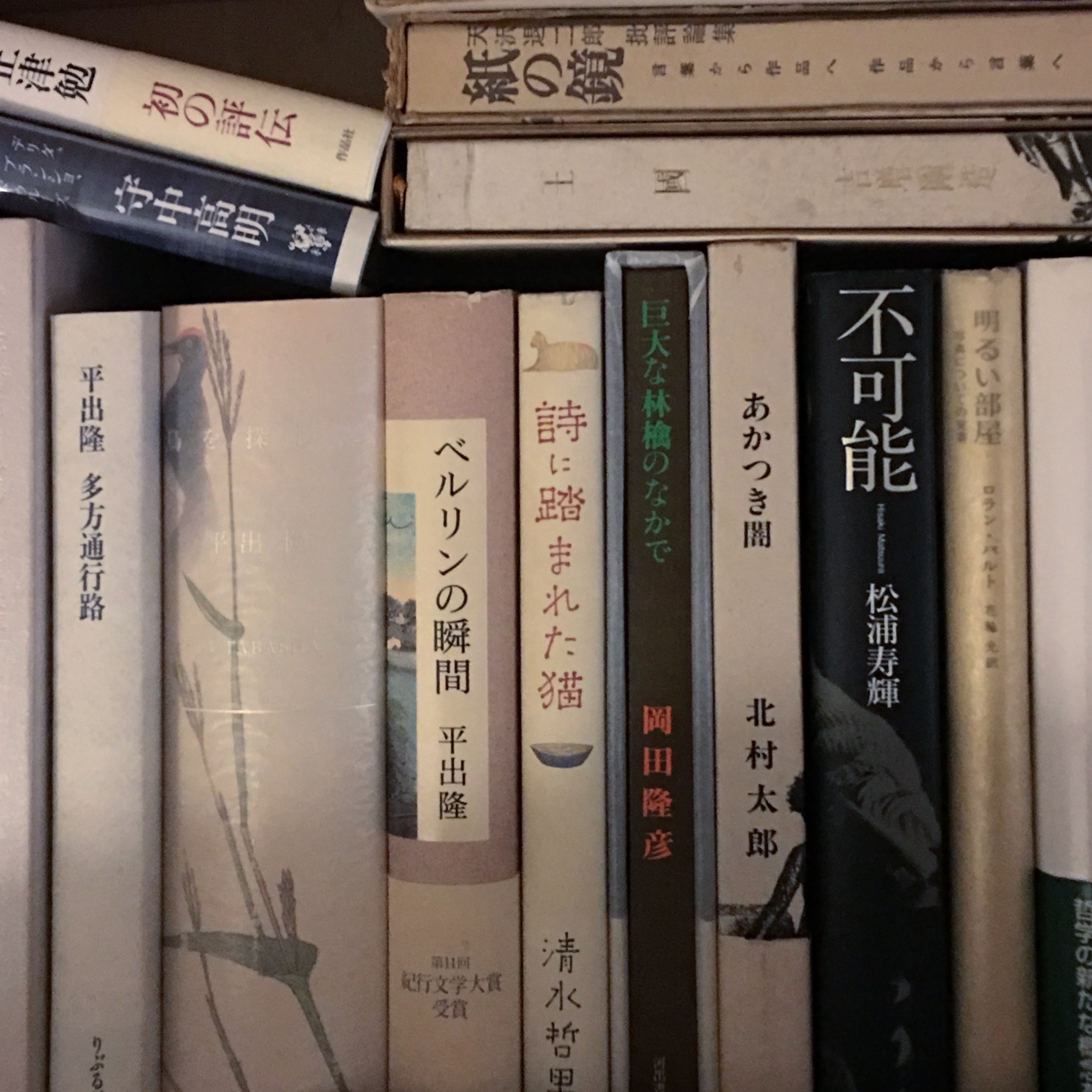 Books in the reconstruction of the Moriyama House by Ryue Nishizawa. The Barbican. Photograph Michelle Ogundehin

Inspired? Read ‘How to add some Japonisme to your home’

Detail of a painting by @janmatthewsart in which I

I don’t often post pictures of food but there’

Celebrity ‘design’: when will it be over?