The mood of the moment is turning Japanese, again. Why? Because of its unique melding of modernity, tradition and the natural world.

In March this year, I visited the Barbican Art Gallery to see ‘The Japanese House’, an exhibition exploring Japanese domestic architecture from the end of World War II, a period that produced  some incredibly influential contemporary design. It had a profound effect, from the immediate aesthetic of the homes on show to the wider stylistic sensibility that seems to surround anything to do with Japan. Of course, in the popular imagination, Japanese style is all shoji screens, tatami mats and a single Bonsai tree placed just so on a black lacquered console. No doubt there are many Japanese people with terrible hoarding habits and homes full of clutter, but when I conjure up visions of Japonisme, I picture only Zen simplicity, exquisite ceramics, delicate paintings and an extreme sense of stuff sophistication that we in the West do not appear to be naturally inclined towards. This is obviously a sweeping statement that brushes over the richness and breadth of the country’s history, politics and culture. Plus, a love affair with the East is nothing new. In fact, the term Japonisme was coined by 19th-century French aesthetes to describe the emerging craze for all things Japanese, and the concept of East meets West has long been a popular design mantra. But arguably, throughout the last 100 years of intense change, Japan has retained  a tremendous sense of stylistic self; a unique way of marrying modernity with tradition, and I feel this latest iteration offers a lot for us to learn from today. 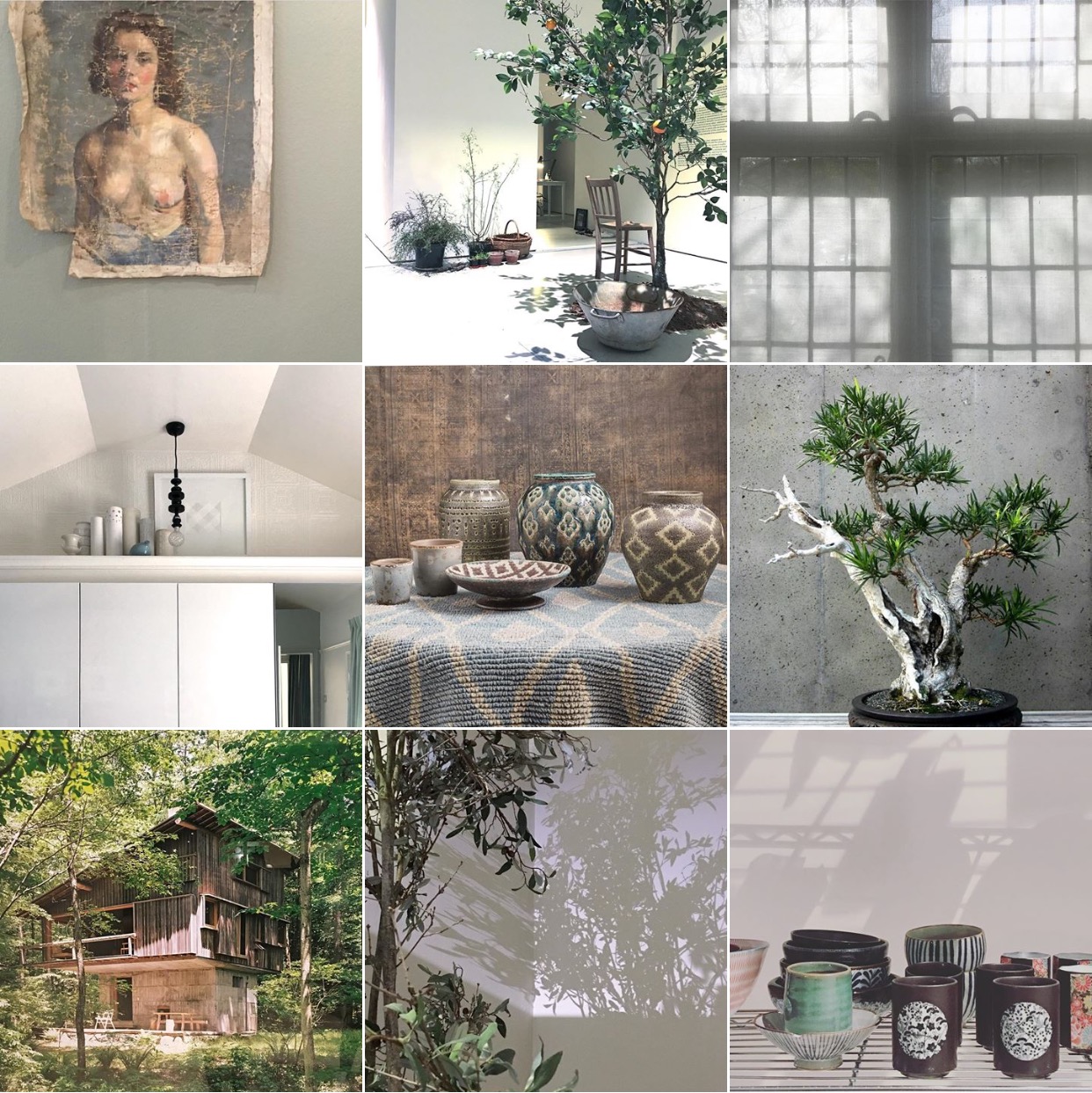 A month after visiting the exhibition,  I was in Milan for the international furniture fair, an annual extravaganza that showcases new designs from the greatest global brands. And there, echoing my instinct, was a distinct flavour of Japonisme. It was evident in the obvious – traditional cast-iron teapots and stems of cherry blossom adorning every other display stand — to the more subtle aesthetic cues (think low-slung, polished wood tray tables at Armani Casa and furniture at Riva 1920, an Italian brand renowned for its inventive use of wood manufactured using Shou Sugi Ban, the ancient Japanese art of hand-charring timber to a textured black finish). The technique was also deployed at French design company Roche Bobois to lend Christophe Delcourt’s classic ‘Legend’ bookcase a fresh, new ‘Carbon’ finish (below left). I saw Japanese influences too in the skinny simplicity, as if hand-drawn with  a marker pen, of Shanghai-based Neri  & Hu’s ‘Lantern’ floor lamp (below, far left) for the German-brand Classicon.

The trickle-down effect. Crucially, this New Japonisme is not just  at the posh designer end of the creative spectrum. Fired Earth recently launched two wallpaper lines, ‘Kyoto’ and ‘Nara’, with distinctly Japanese motifs. And John Lewis will shortly unveil cushions, plates and wallpaper panels inspired by the collections of Japanese art and design  at London’s Victoria & Albert museum.  As Pip Prinsloo, design manager of Home at John Lewis, puts it: ‘The influence of Japan is far-reaching: from its cultural traditions, food and craftsmanship to its future-thinking mavericks and pioneers. We see Japanese influences in so many aspects of how we think, live and look’.

The thing is, the inherent simplicity and elegance of Japonisme is seductive because it appears to be based on four key ingredients: harnessing the power of nature and natural materials; revelling in finish and texture; paying attention to the smallest details; and approaching design not only with  a respect built upon centuries of ritual and tradition, but also with a healthy irreverence that enables constant evolution. It sounds so easy, but certainly it’s this latter element, which can’t be authentically emulated outside of Japan, that adds the x-factor.

Regardless of this, as intimated earlier, Japan has long exerted a powerful pull on the West. Consider Wabi-sabi, the Japanese notion of the beauty in imperfection that was the 1990s buzzword. It’s a concept epitomised today by the work of Belgian architect Axel Vervoordt (self-described creator of ‘calm, peaceful spaces in which beauty is distilled to its purest form’ – think unadorned plaster and slabs of unfinished wood as tables) and his compatriot, architect and designer Vincent Van Duysen, recently appointed creative director of Italian powerhouse Molteni & C.

Over in Italy, architect Matteo Brioni has re-interpreted Wabi-sabi as a contemporary take on the raw earth brick building process. Adding additional natural elements such as jute, hemp, mother of pearl and even onyx and quartz to the earth, he has created extraordinary interior wall finishes.

And the new in-the-know-Japanese-thing? Kintsugi, the art of fixing broken objects, usually pottery, with gold seams. You can buy kits to do this yourself. 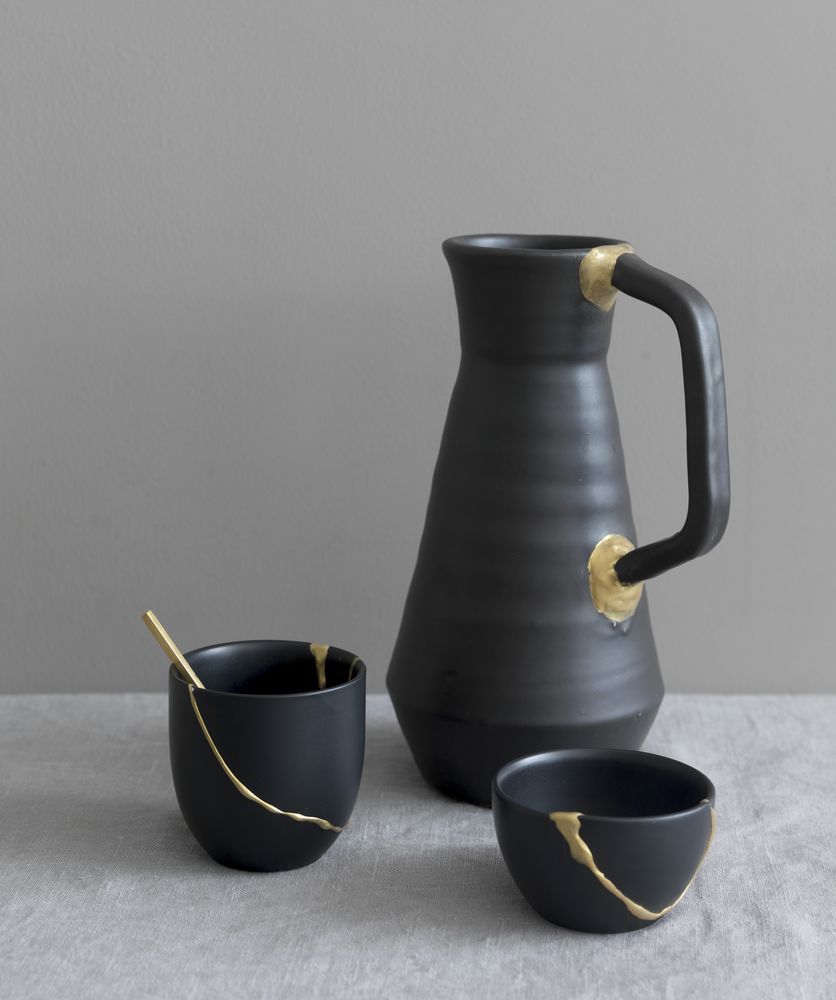 Kintsugi: the Japanese art of mending crockery with gold seams

So, what’s next? If we were to attempt to look further into the future, then clearly the Japanese studios are the ones to watch. Two in particular stood out for me this year. Firstly, Tokujin Yoshioka, the designer perhaps best known for his ‘Sparkle’ plastic stool for Kartell in 2013 or the 2000/2010 ‘Honey-Pop’ paper concertina chair (now in the permanent collections of many major museums), both clever subversions of a basic furniture type. In Milan this year, he showed a piece for Louis Vuitton that amply demonstrates his now trademark thoughtfulness with a twist. Every year, the French fashion house selects a handful of designers to work with its leather maestros and produce limited-edition pieces. Yoshioka’s contribution was the ‘Blossom’ stool, an origami-esque manipulation of leather and wood or metal, twisted into the form of a seat. Secondly, Nendo, one of the most prolific Japanese studios, presented ‘Invisible Outlines’,  a series of new works in the Milan showroom of clothing brand Jil Sander. Asked to summarise the display’s concept, Nendo founder Oki Sato explained, ‘It’s about boundaries, borders, edges of things; about showing new ways of seeing things’. This translated as vases inspired by jellyfish, made from a thin, transparent silicon which wobbled as if underwater; lights that were hung within the outlines of boxes that made them into a sort of mise-en-scene with other objects; and the ‘Flow’ collection for Italian brand Alias, which merged side tables with large bowls, and shelving units with bulbous storage tubs, and was described by Sato  as ‘enigmatic yet functional furniture’.

To conclude… It seems to me that Japanese designers intuitively take a problem and solve not only the initial dilemma but also redefine the very thing that is being challenged  in the first place. It’s a sort of simple complexity that fits perfectly with ‘New Modern’, the ongoing trend for increasingly luxe materials and finishes, jewel-bright colours and exaggerated texture that I introduced in this year’s Spring/Summer Trends Book. But what’s exciting is I feel we’re now at a point where these two cultural forces – East and West, if you will – meet without reversion to pastiche.

I finish, then, with this thought: the Japanese architect Tadao Ando, now in  his mid 70s, once said that the purpose  of his art is ‘to create a space where people can live, think and create’. I think that  this is a wonderfully broad definition  of architecture, and one that permits endless possibilities. Perfectly exemplifying this statement is my favourite of his works, the ‘Church of the Light’ in Osaka Prefecture. It’s a seemingly humble,  unadorned, reinforced concrete box, but narrow slots in the shape of a cross, the height and width of one end of the building, enable natural light to pour inside, becoming a striking illumination, a symbol of worship and  an ever-changing decoration in one (it was completed in 1989, the same year as American starchitect Frank Gehry’s self-consciously deconstructivist Vitra Design Museum). For me, this building is symbolic of the genius in the Japanese approach to design, in that it possesses a brilliant simplicity.

And the potential of this approach feels very right for now, when the world seems rather unsafe, complicated and broken. How to fix it? Surely with thoughtful consideration, total respect for the natural world, open-mindedness about the future and acceptance of the past. Brilliant simplicity.

First featured as “The Big Trend’ essay in the August 2017 edition of ELLE Decoration. 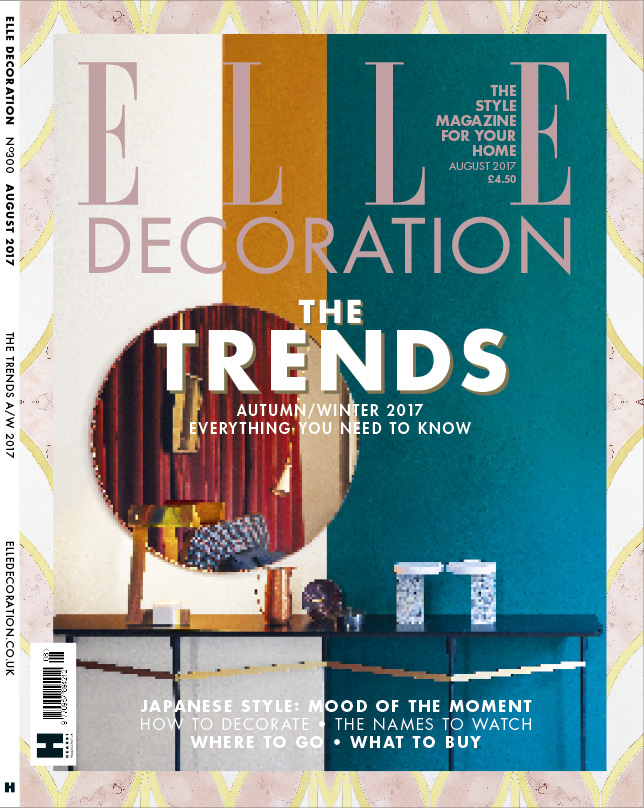 Michelle Ogundehin ·
@MOgundehin
Update to #cleancleaning, I tidied my IG Highlights so you can now find the info you need more easily! https://t.co/Rjj90xVlmF https://t.co/StRkZXLoS1
View on Twitter