Internationally renowned as an authority on interiors, trends, wellbeing and style, Michelle Ogundehin is a writer, author, brand consultant and TV presenter. Dubbed an “interiors guru” by The Sunday Times, she is an influencer with expertise and the multi award-winning former Editor-in-Chief of ELLE Decoration UK.

Her Amazon best-selling book Happy Inside: How to Harness the Power of Home for Health and Happiness, is a game-changing guide to wellbeing based on Michelle’s long-standing belief that your environment is as fundamental to your health and happiness as good food and exercise. And it’s a position now supported by science. A Stanford University study has even proven that your environment is more important than genetics when it comes to the health of your immune system! 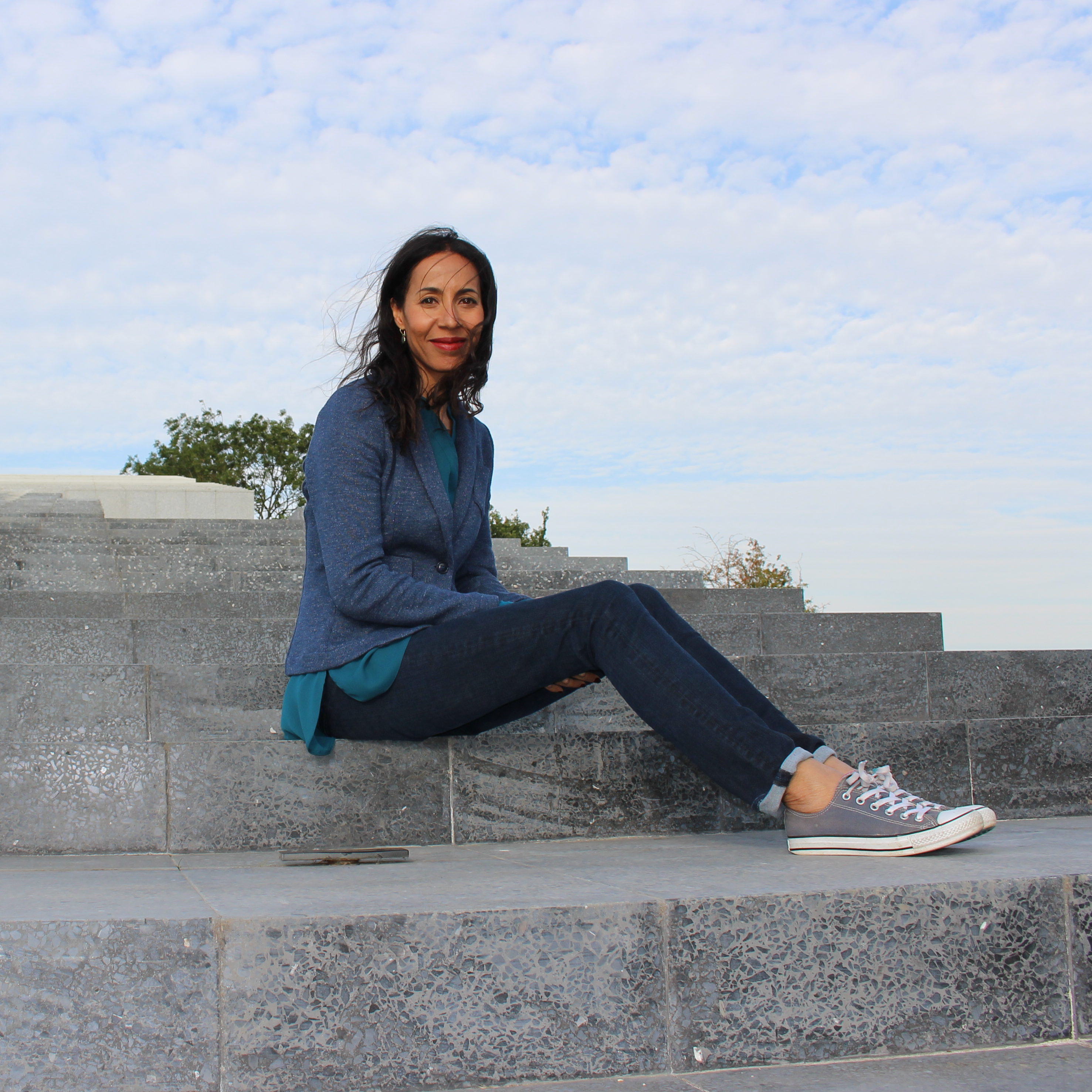 Michelle has also co-presented five series of Kevin McCloud’s Grand Designs: House of the Year and appeared on numerous other programmes, including The Great Interior Design Challenge, The RHS Chelsea Flower Show with Monty Don, a BBC4 documentary on the Bauhaus and Channel 4’s Inside Out Homes. See more and some show reels here. 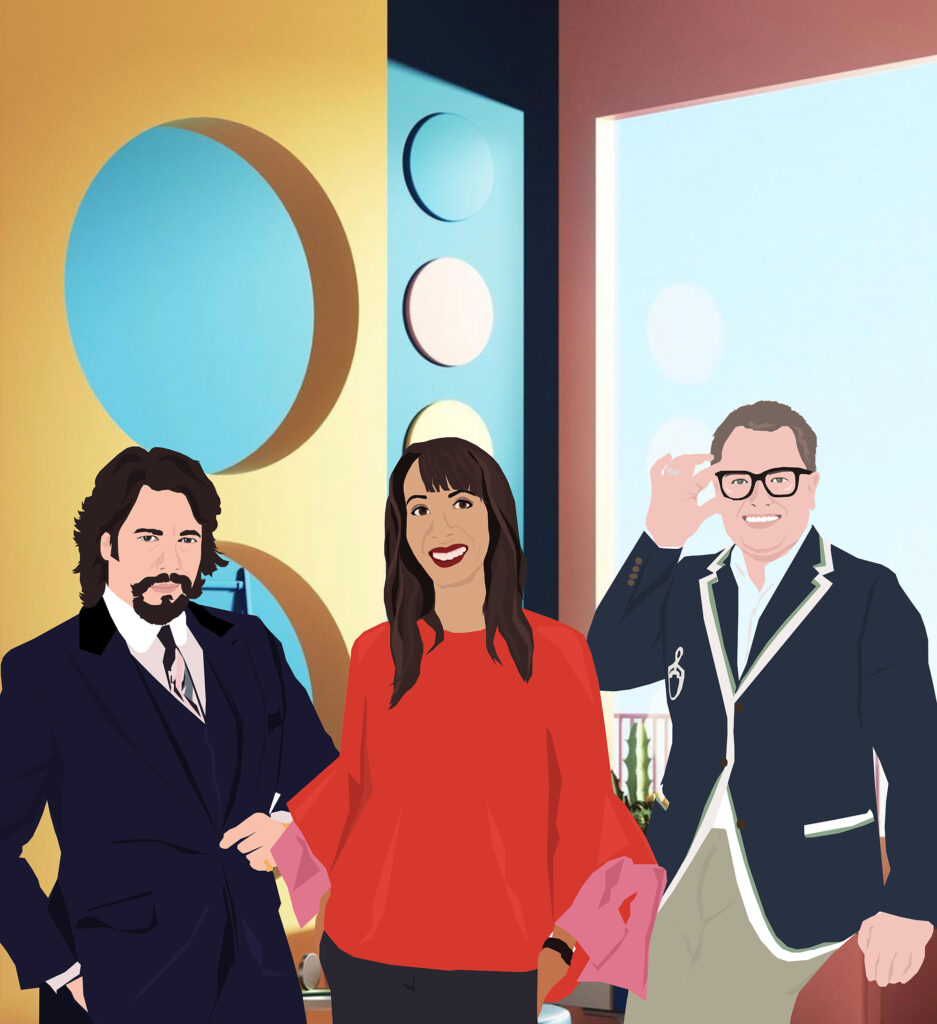 Trained as an architect at London’s celebrated Bartlett School, Michelle worked in architectural offices in both London and New York, where she lived for almost two years. She began her publishing career on the launch of Tate Art Magazine under Tim Marlow (formerly Director of the Royal Academy, now Director of the Design Museum), followed by formative years at Blueprint Magazine with founding editor Deyan Sudjic (previously Editor of Domus, and Director of the Design Museum) rising swiftly to the position of Senior Editor.

In 1997 she was headhunted by Ilse Crawford to join ELLE Decoration as her Features Director. A year later she was promoted to Deputy Editor under Toni Rogers. Then one further year on she opened her own creative consultancy, MO:Studio Ltd, shuttling between bases in Los Angeles and London, but maintaining a connection to ELLE Decoration as its Editor-at-Large. 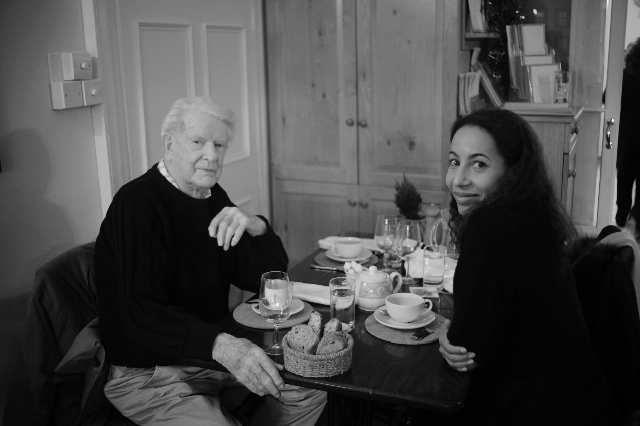 Interviewing Robin Day in his home town of Chichester.

Flexing her commercial muscle, Michelle created copy for clients including Habitat, DFS and Benetton; and styled homeware shoots for Tesco, Sainsburys and Debenhams to Marks & Spencer, Heals, Selfridges and Vitra.

She was appointed Editor-in-Chief of ELLE Decoration UK in May 2004. During her 13-year tenure, the magazine rose to its highest circulation alongside achieving record revenues. She led the magazine to repeatedly win the coveted Consumer Lifestyle magazine of the year award, as well as achieving the personal accolades of both Lifestyle, and Consumer, Editor of the Year.

Her ELLE Decoration was lauded for its relevance and style: from her Editor’s letters to the beauty of the style shoots; the variety of the homes featured, and the breadth and quality of the writing. Think original short stories and thought pieces by well-known authors (Rachel Cusk to Jeanette Winterson), book extracts and provocative articles all seeking to explore what ‘home’ means in the 21st century.

She launched ELLE Decoration Collections in 2008, an annual survey of the best new designs in the world.  This was followed by ELLE Decoration Country, a bi-annual bookazine celebrating the world’s most beautiful rural homes in 2012. Three years later she successfully debuted the ELLE Decoration Style Consultancy, an interior design service aimed at commercial property developers.

She also masterminded the relaunch of Real Homes magazine, achieving the fastest growing readership for all consumer magazines, up by 72% to 343,000; and its profitable sale one year later. 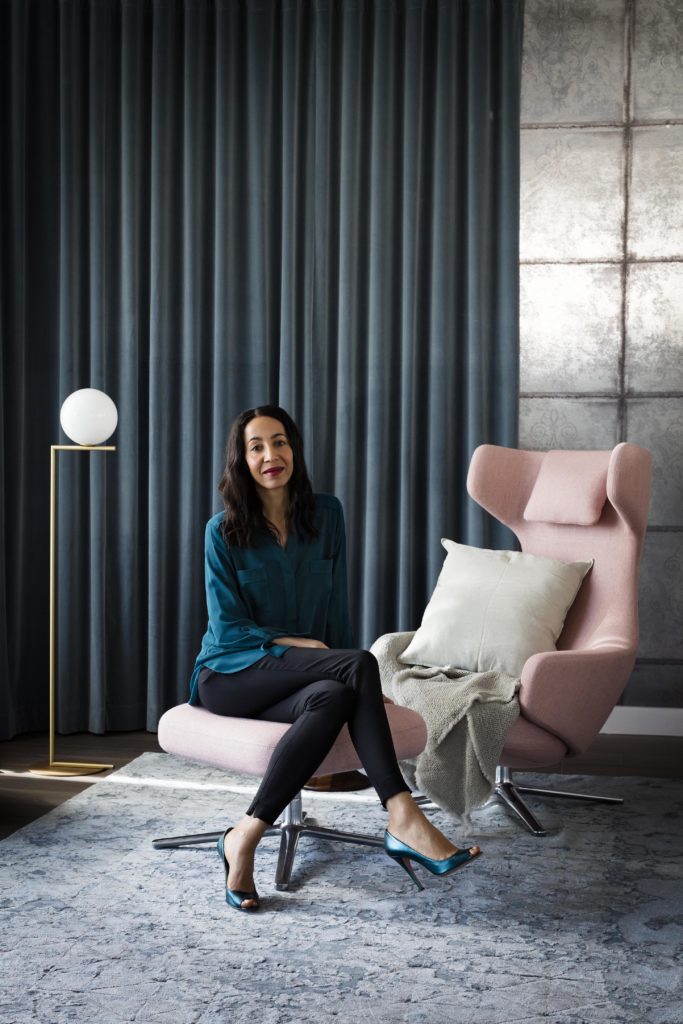 Michelle Ogundehin in the show apartment she designed at the Greenwich Peninsula via The ELLE Decoration Design Consultancy. Photographer: Ben Anders

Michelle has served on numerous juries and advisory boards and was a Trustee of the Victoria & Albert Museum for 7 years. In 2021 she was appointed to the board of Trustees of The Design Museum; as well as being announced as a Visiting Professor to the Manchester School of Architecture.

She is a Contributing Editor to The FT: How to Spend It magazine and a frequent contributor to Dezeen, the world’s most influential online design portal. She writes regularly for many other prestigious publications including Vogue Living, Femail, Harrods Magazine, Neptune Stories and Waitrose Weekend alongside penning her popular Home Whisperer column for the John Lewis Home magazine. 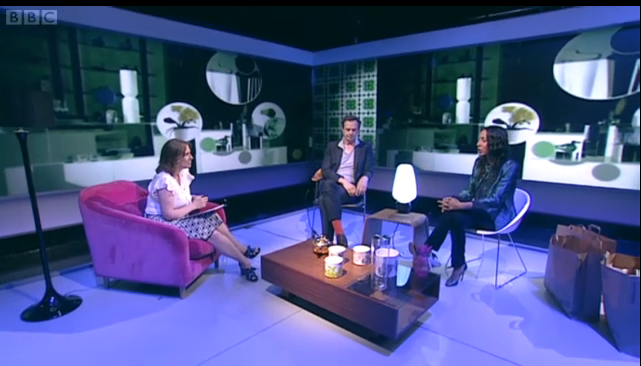 Appearing on Newsnight with Kirsty Wark alongside Tom Dixon to discuss the demise of Habitat after its sale to Argos.

She gained industry notoriety for her Equal Rights for Design campaign. Backed by Sir James Dyson and Sir Terence Conran, the proposal to change the UK copyright laws with respect to design culminated in new laws being passed in 2016 that made knock-off designer classics illegal. 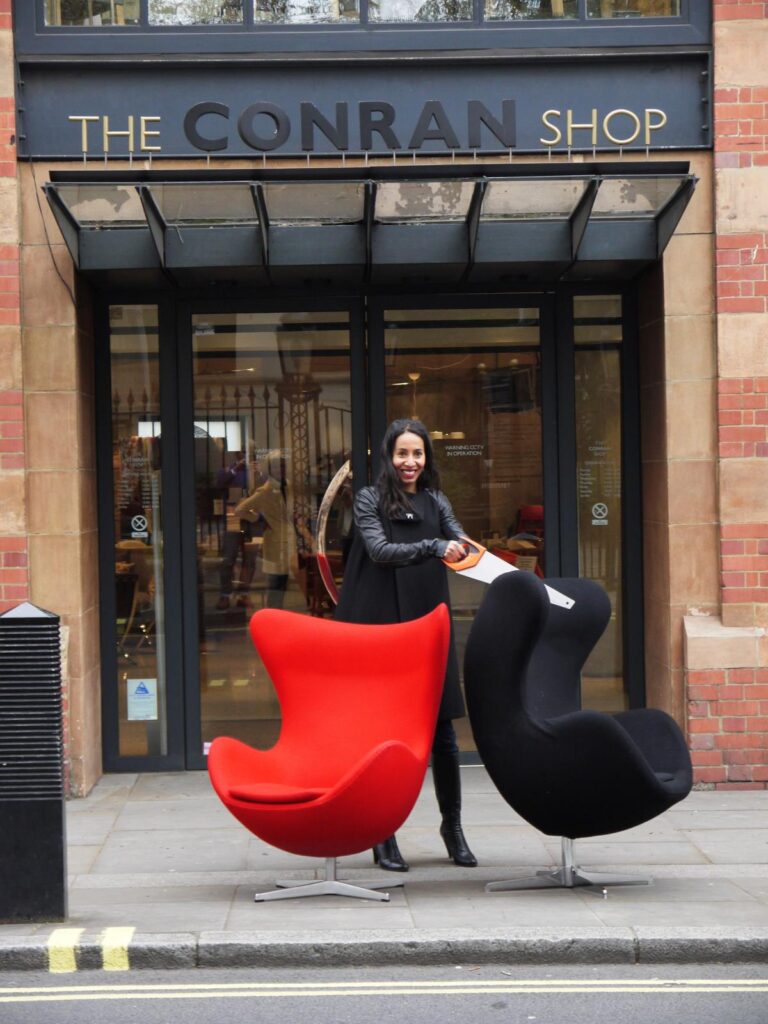 Showing a fake design what it’s worth outside The Conran Shop.

Since leaving ELLE Decoration in 2017, under the aegis of MO:Studio Ltd, some of the brands Michelle has worked with include the Affordable Art Fair; Arteriors; Calligaris; De Longhi; Dulux; Geberit; IKEA; Made.com; Magnet Kitchens; Microsoft; Rated People; Ripples; SilentNight; Very.co.uk. 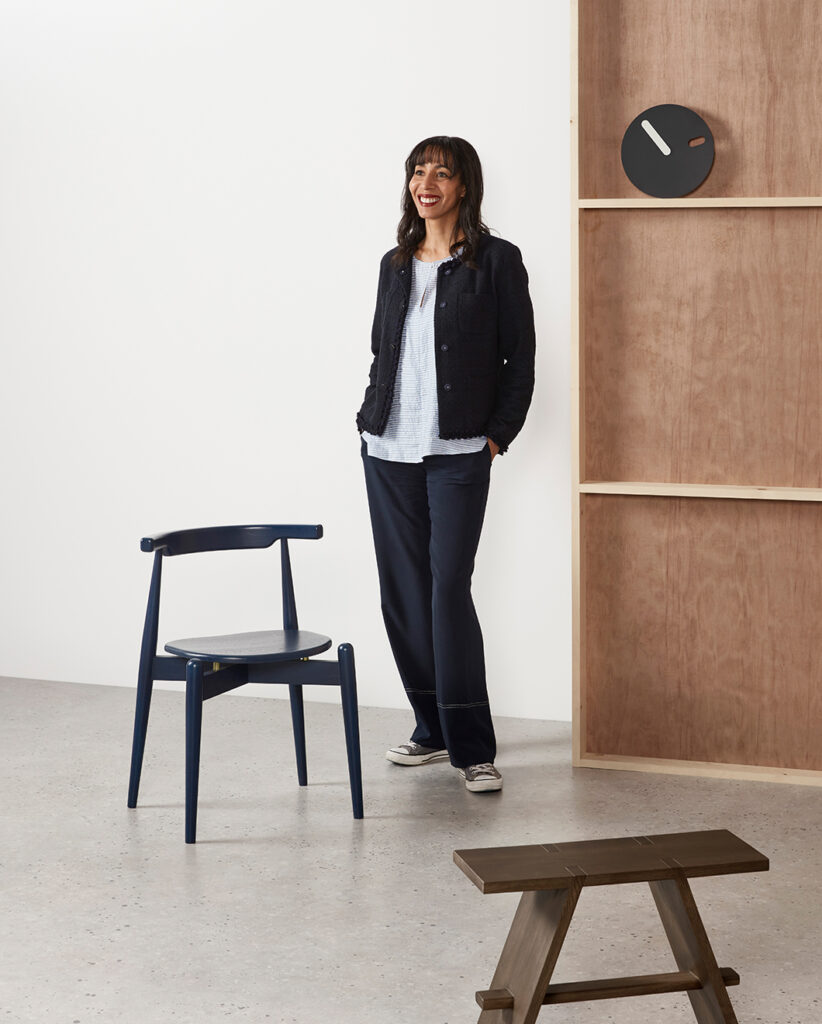 Michelle Ogundehin in the Made.com studio with some of the limited-edition pieces she commissioned.

Michelle was born in Manchester, grew up in London, lived on both the East and West Coasts of America, and now lives in East Sussex with her young son and two very laid-back Basset Hounds. She is a self-confessed detail queen and clutter-clearing obsessive.

For any enquiries please email hello@mostudio.co.uk

Visiting Professor. The Manchester School of Architecture
November 2021 – to date.

Judge. The Davidson Prize
2020/21. Invited to join a panel of judges for this inaugural architectural prize celebrating transformative architecture for the home.

Ambassador. The Museum of Home
2017 – to date. Representing Britain’s foremost museum of the home with interiors dating from 1600 to the present day.

Judge. The Restaurant & Bar Design Awards
2018. Invited to shortlist the best bars and restaurants, both in the UK and globally for this annual award.

Happy Inside: How to Harness the Power of Home for Health and Happiness. Ebury Press. 2020
300pp book explaining why environment is as fundamental to wellbeing as good food and exercise.
Read more about it here. Happy Inside

Nominated for Consumer Editor of the Year 2013

For the many recent talks, podcasts and interviews associated with Happy Inside please see Happy Inside: Press Coverage 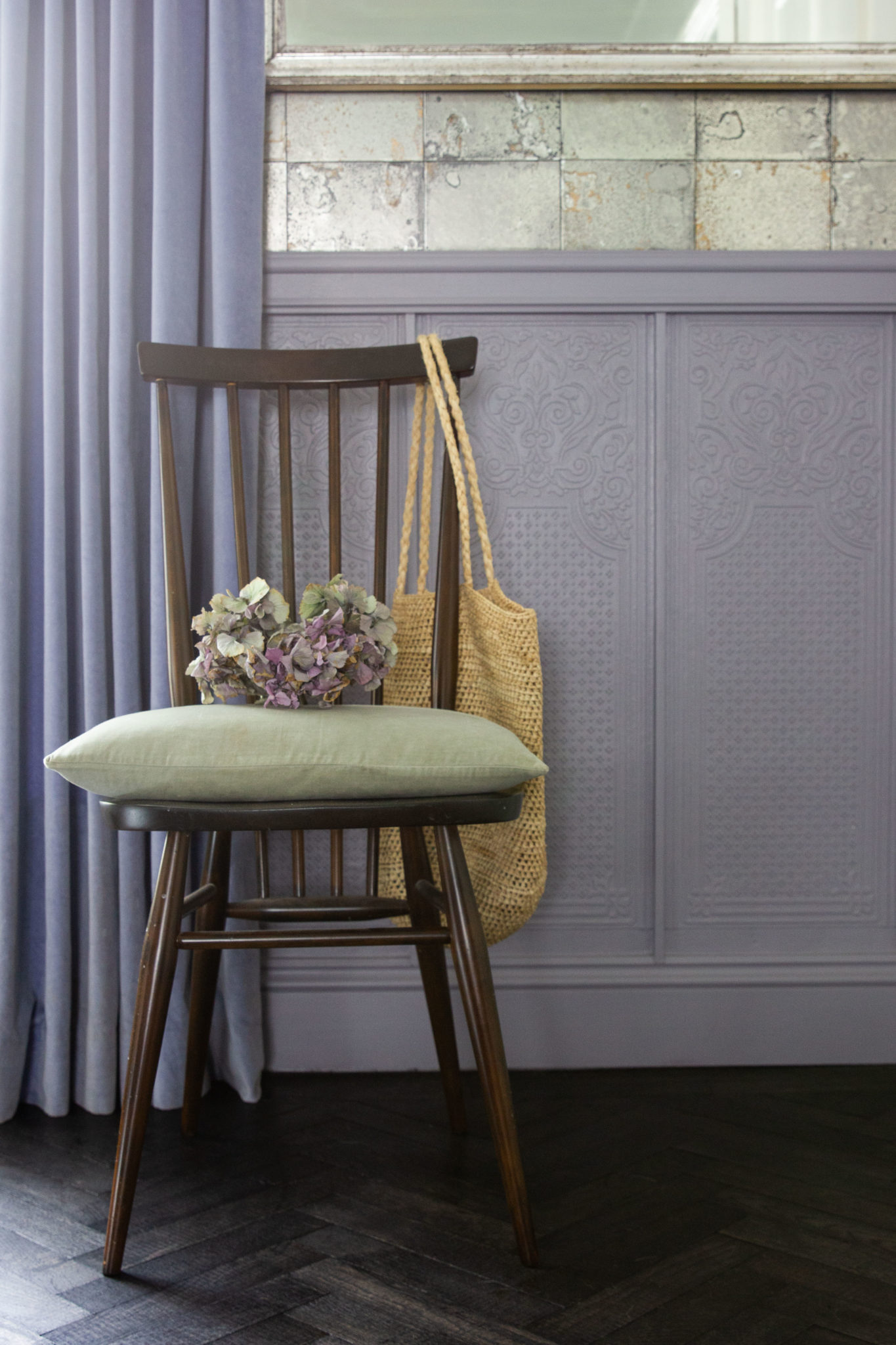 A detail of my HappyInside living room. The vintage Ercol dining chairs were dipped to remove their shiny yellowed 1950s varnish and re-stained, with a satin finish, to match the floors. Photograph: Emma Harris 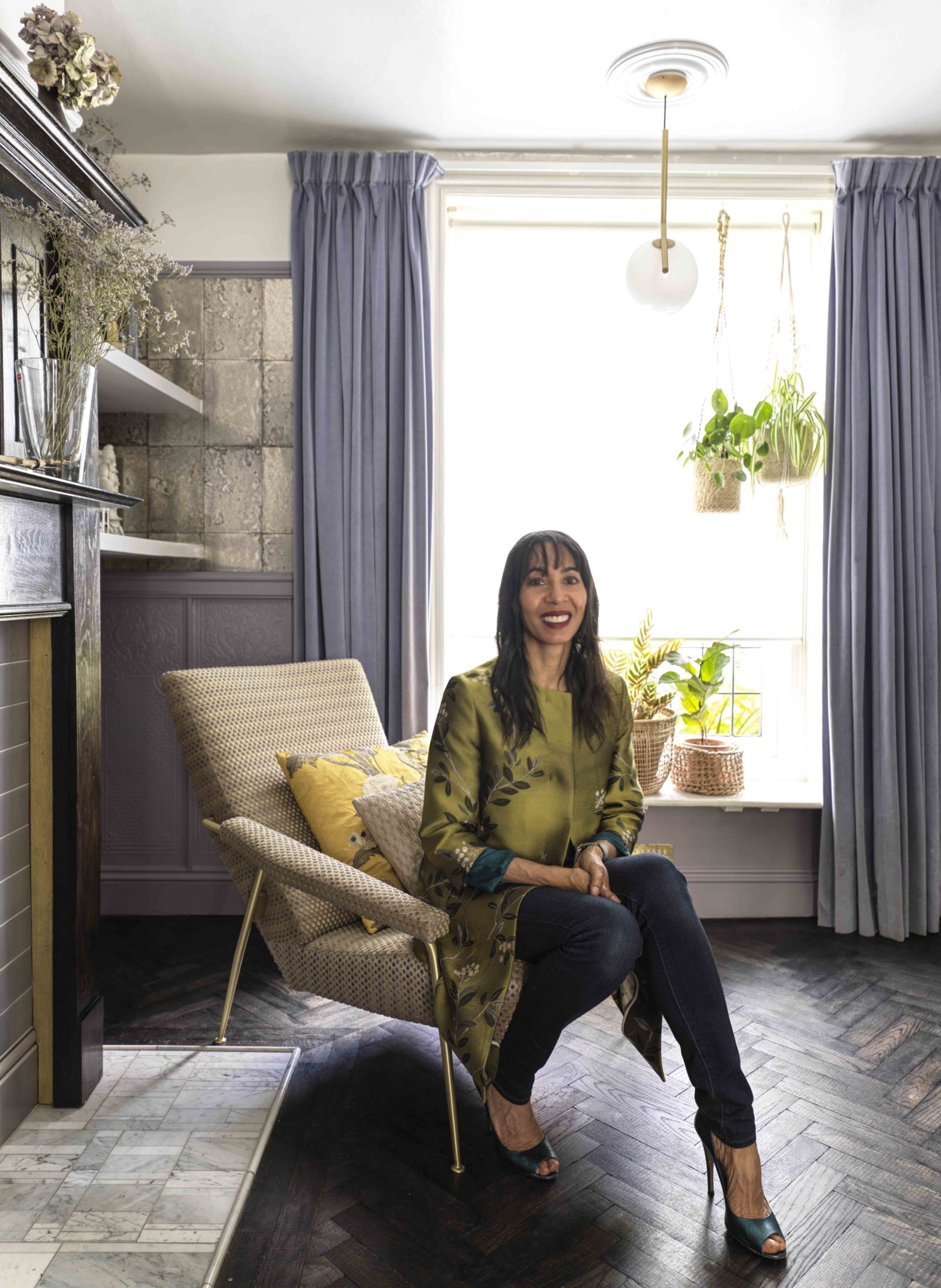 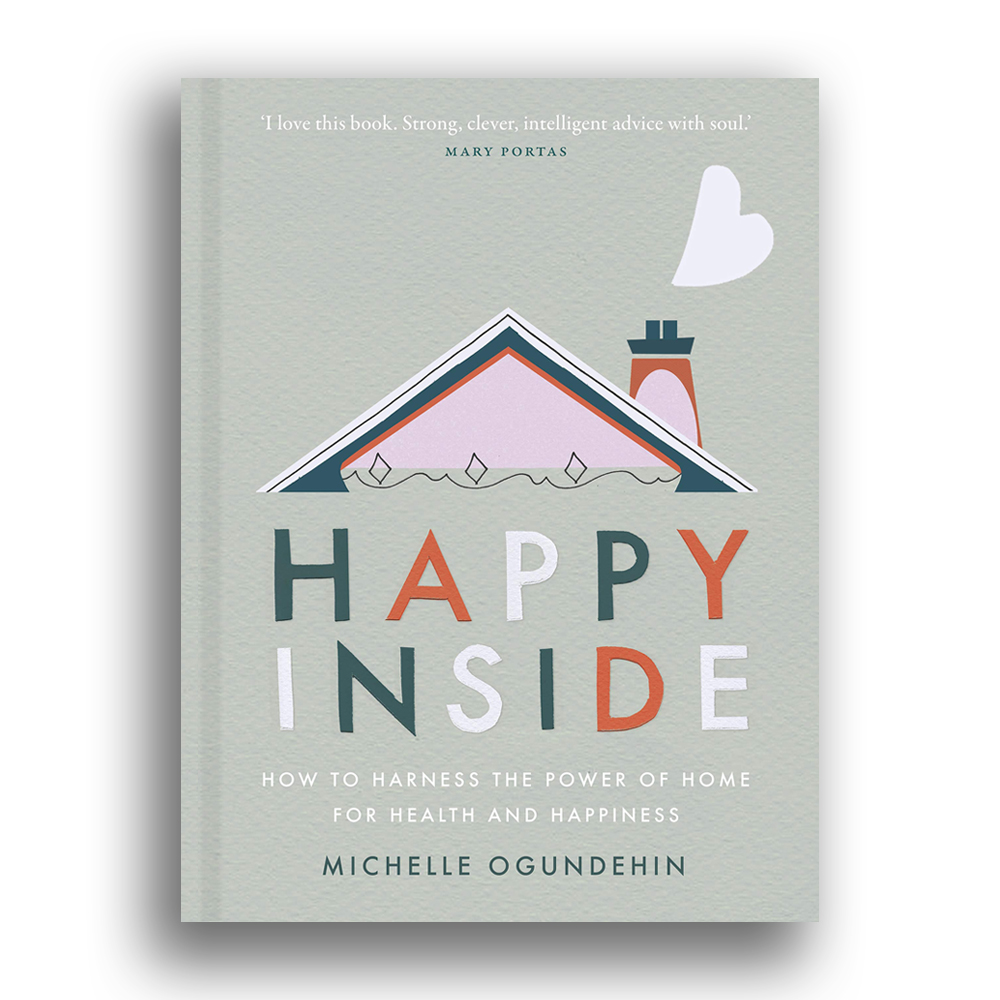 Happy Inside: How to Harness the Power of Home for Health and Happiness by Michelle Ogundehin. Published 30 April 2020.